Dress like a Cowgirl or Cowboy
was the theme on Thursday at
Maddy's school! 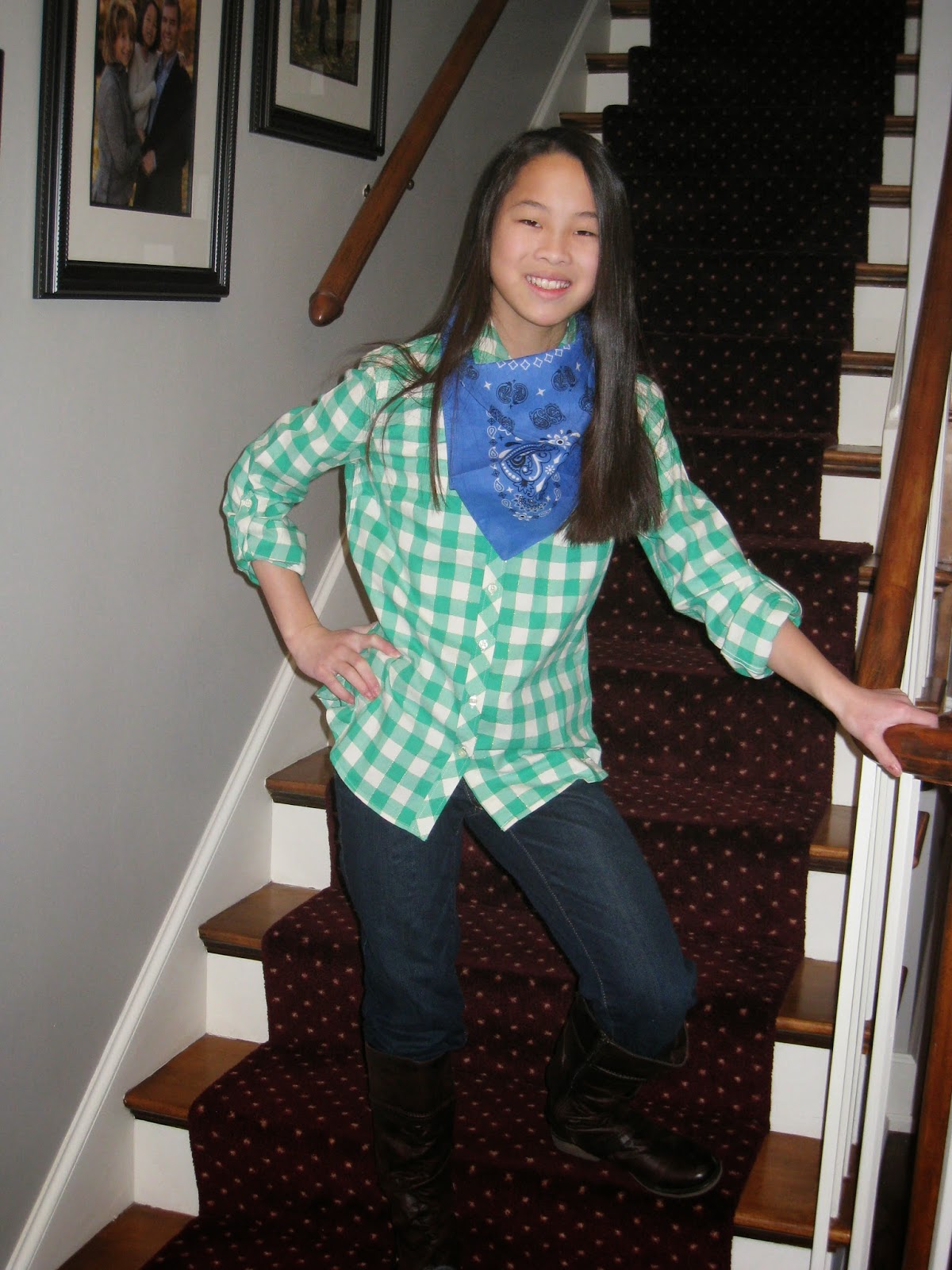 It was Maddy's favorite day of the week!
She also enjoyed Dress Like a Teacher (a dress-up day) and
spirit day which allowed for jeans and a Cathedral or Pius tee-shirt!
When you wear a uniform every single day, a few days of real clothes makes the kiddos so happy! 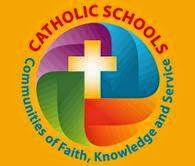 We love our Catholic schools!
While we have excellent public schools here,
Mr. Tennis and I made the decision to send our kids to Catholic schools.
Having our kids learn about and practice their faith at  school and daily mass
and throughout the day every day is so wonderful and important to us.
Add to that the excellent teachers and education being offered
made our Catholic schools a very good choice for our family.
We love that the priests visit the classrooms often and the teachers and staff
can teach about God every day.
We know there is power in prayer - we've seen it in action.

Our school may not offer the latest gadgets and electronics, but it does offer an
education in faith and virtues that will carry them throughout their life.

We love our Catholic Schools! 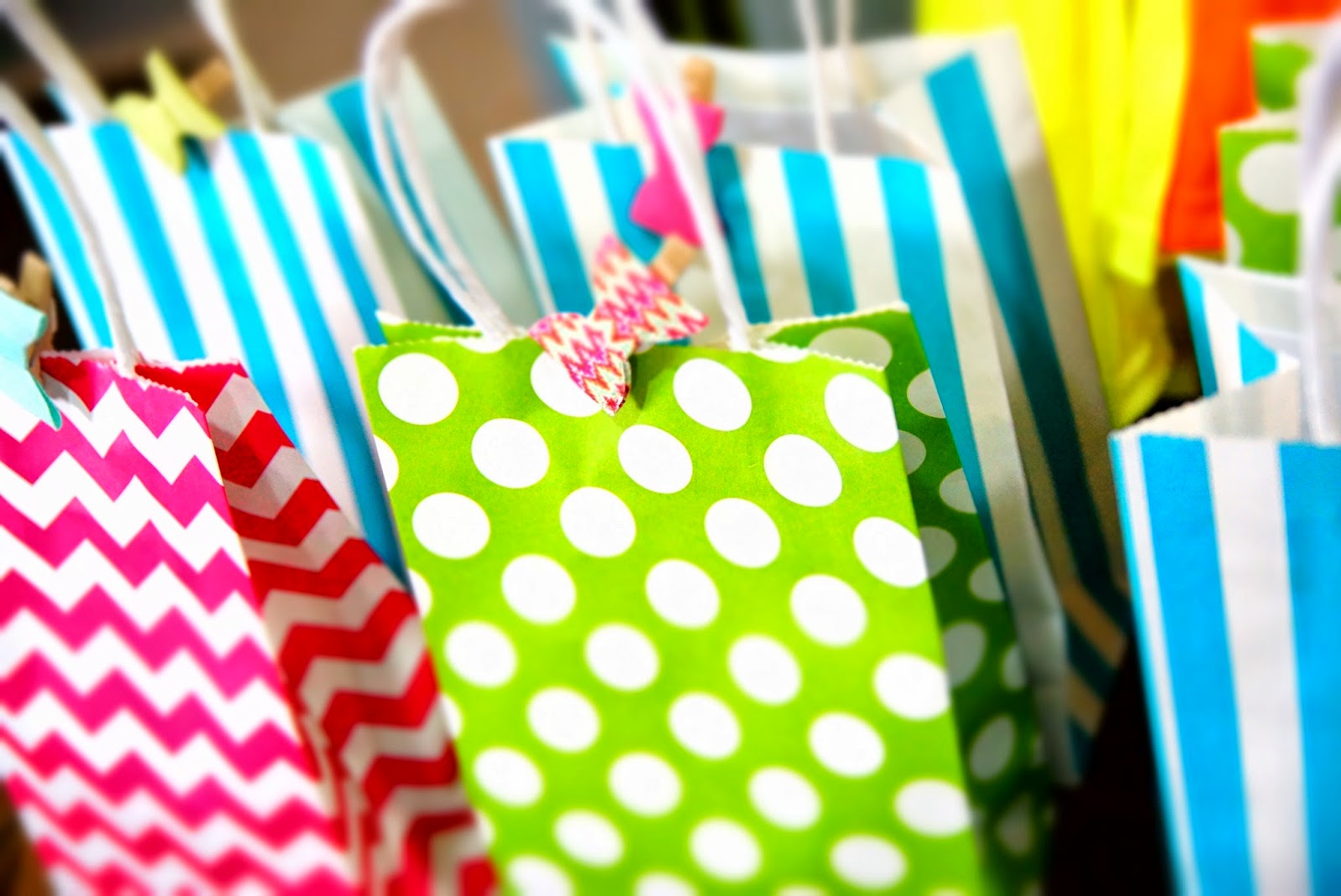 Actually, Maddy turned 13 in late December, but
due to holiday hecticness and with Mr. Tennis being ill and in the hospital, we
scheduled her party for last weekend!
Everyone needs some fun in January, right!!
It was a beautiful day -- just perfect for celebrating our new teenager! 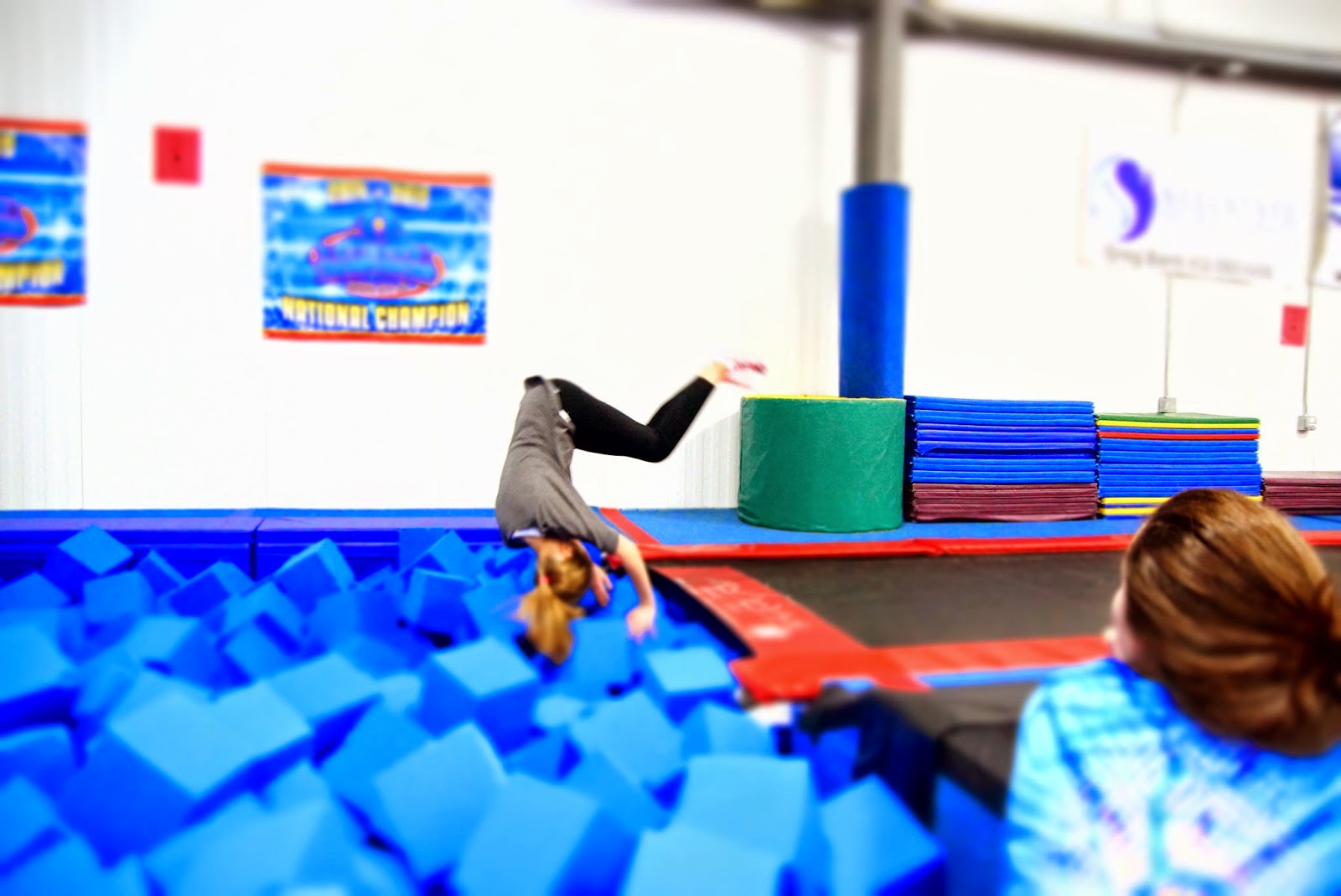 Her party was at a local cheer/tumbling facility where
she takes lessons.  She invited 8 of her besties and
7 were able to attend.
They had loads of fun jumping off the bouncy trampoline walkway
into a ball pit!
Those girls are super flexible!
Ooops - Brooklyn lost her glasses after her jump in above!
It took a group effort to find them way down at the bottom of the pit!
Shhh - don't tell her Mom -- she probably wasn't informed about that little mishap. 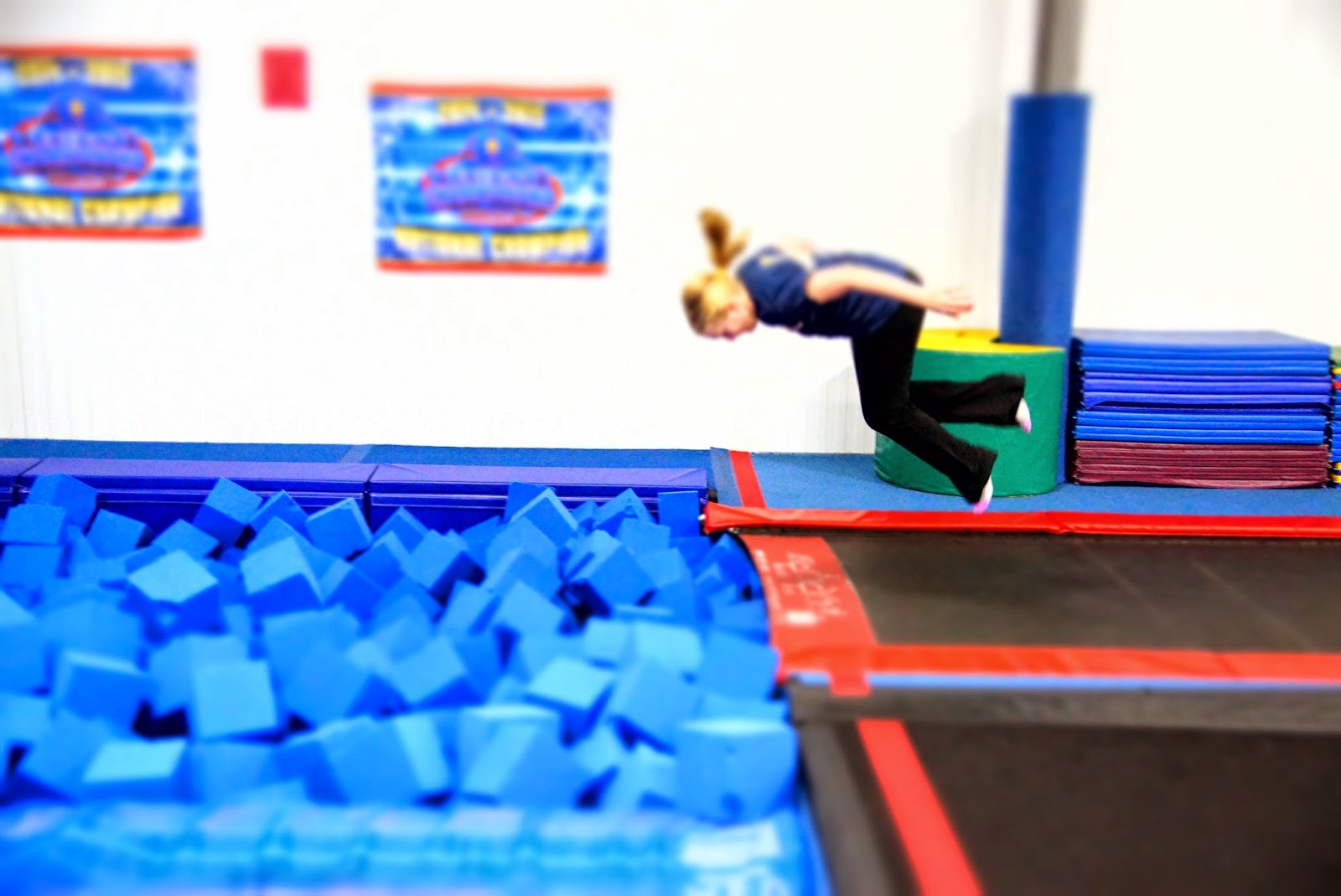 No worries - Skyler made it all the way into the pit -
looks like she might not clear the edge in the photo above! 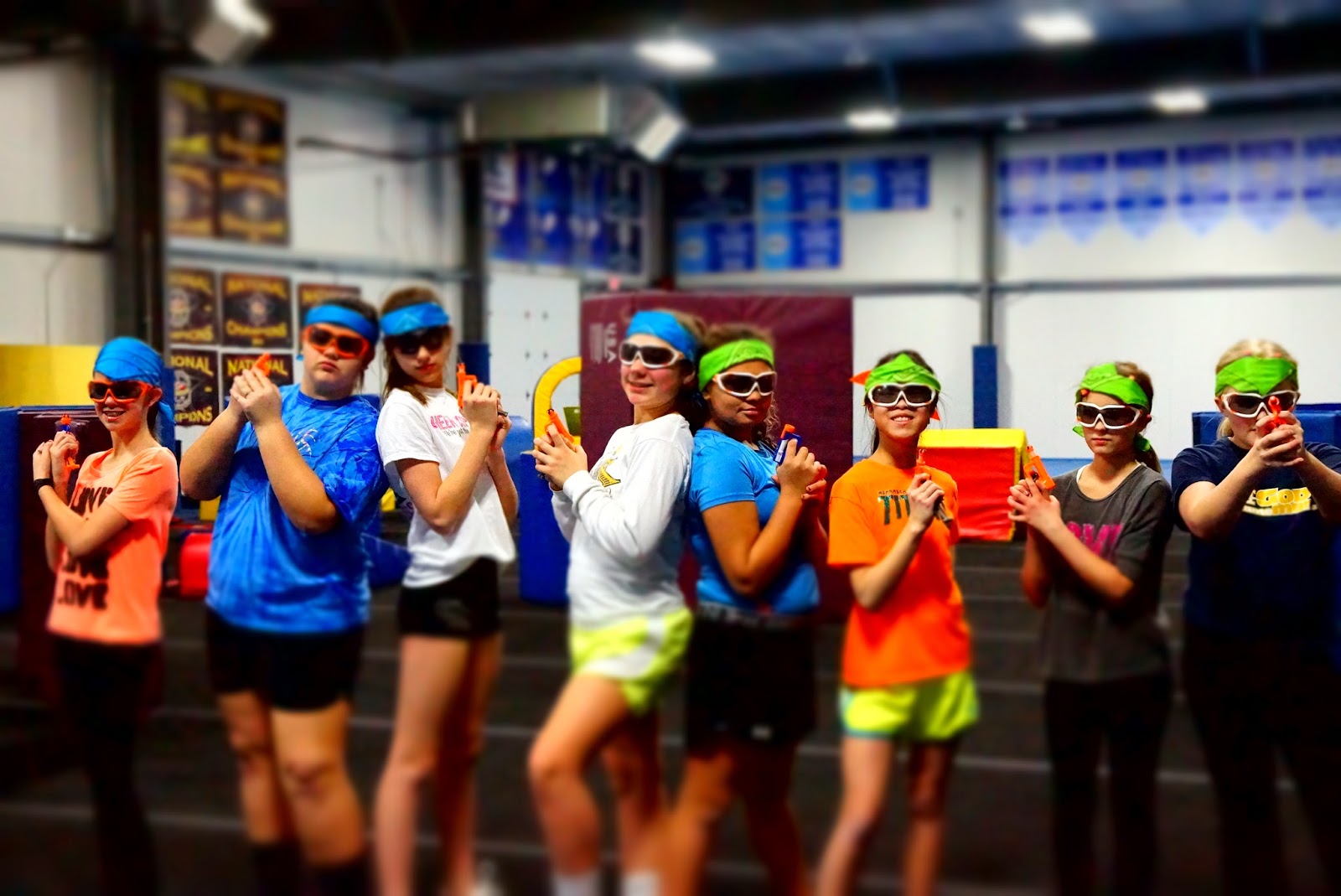 Then the staff set up a Nerf war!
They used the workout mats as barricades to hide behind.
Two teams - the green and blue bandana teams.
Go figure -- Maddy's team won both battles! :) 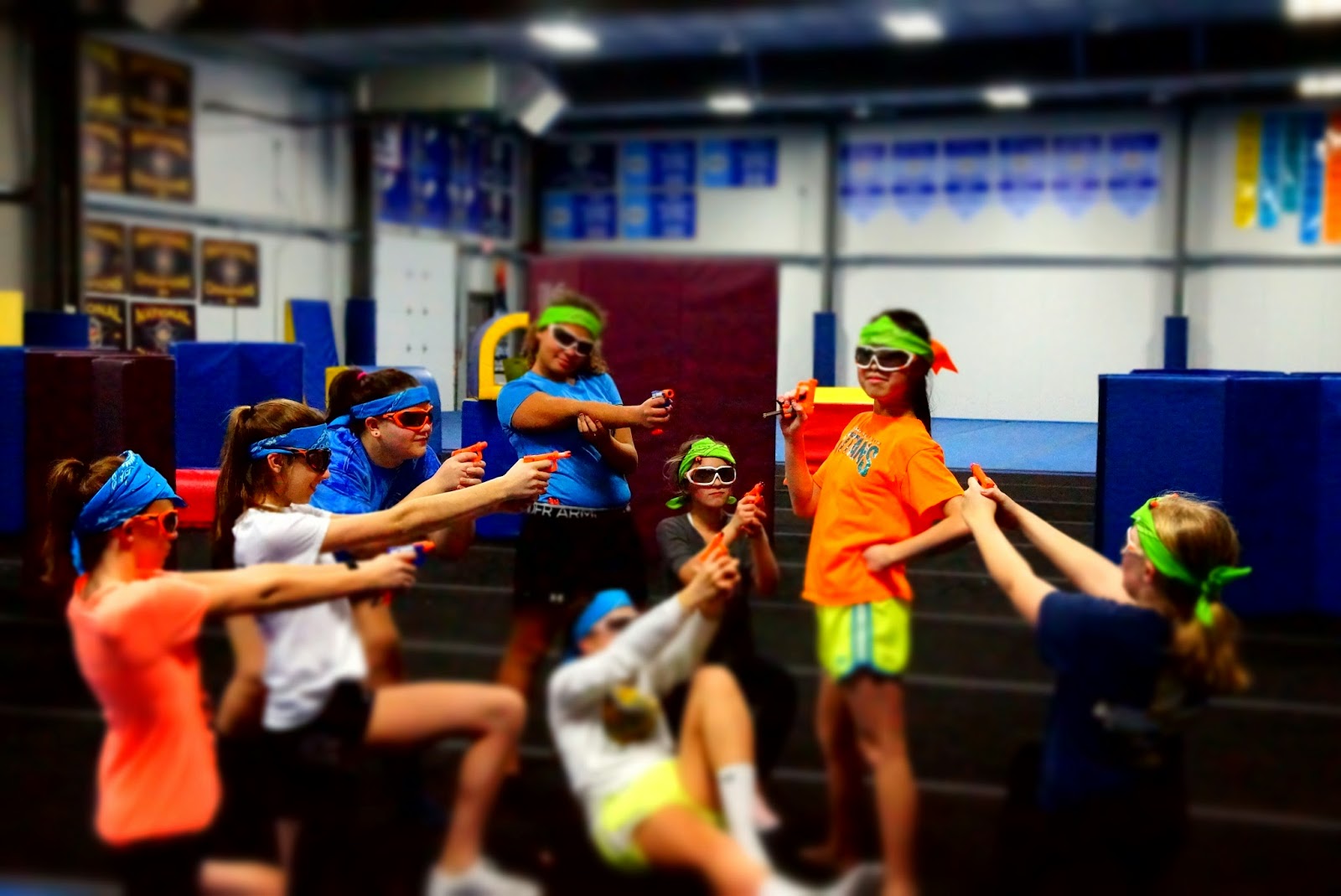 After all that running and jumping and flipping around, it was time for
bottles of water and treats!
Who doesn't love a cookie-cake with loads of frosting?!! 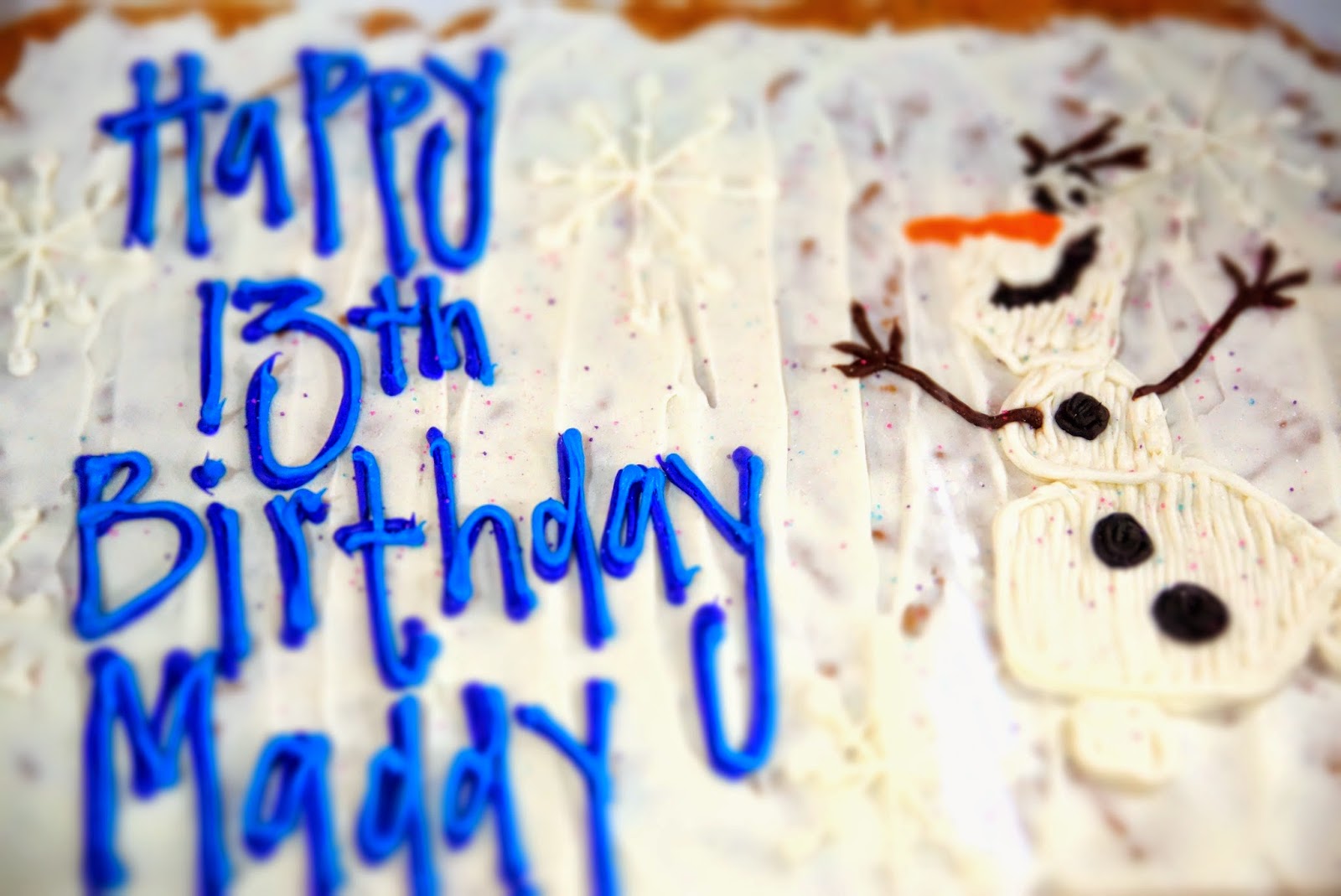 It was really a lot of fun with some good exercise mixed in too!
Maddy declared it was her best birthday party ever!

What Does a Dinosaur Say?

So, what does a dinosaur say??
Jump on the Dinosaur Train, that's what! 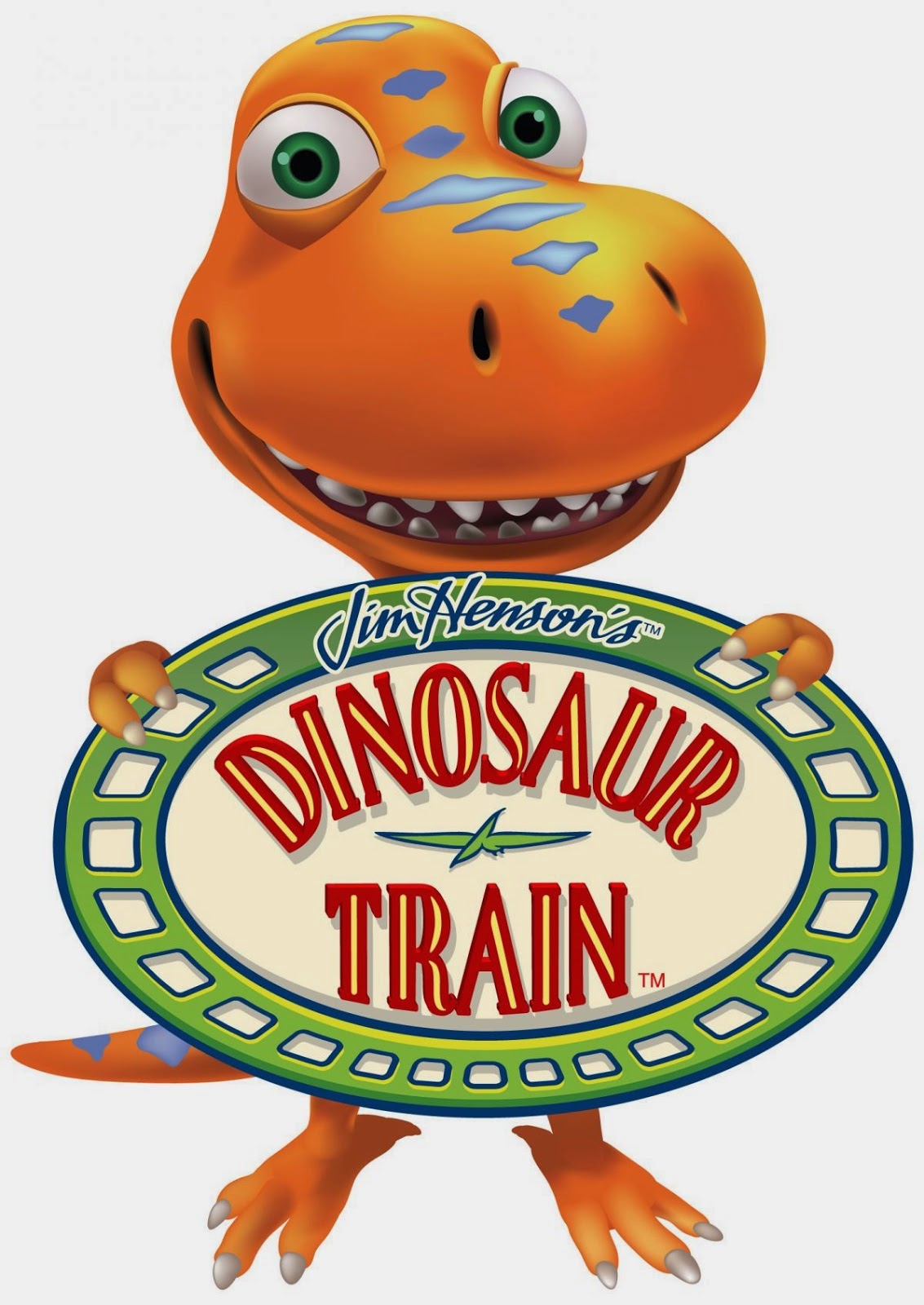 The other night, we attended a performance at the Lied Center
of Jim Henson's Dinosaurs Live! 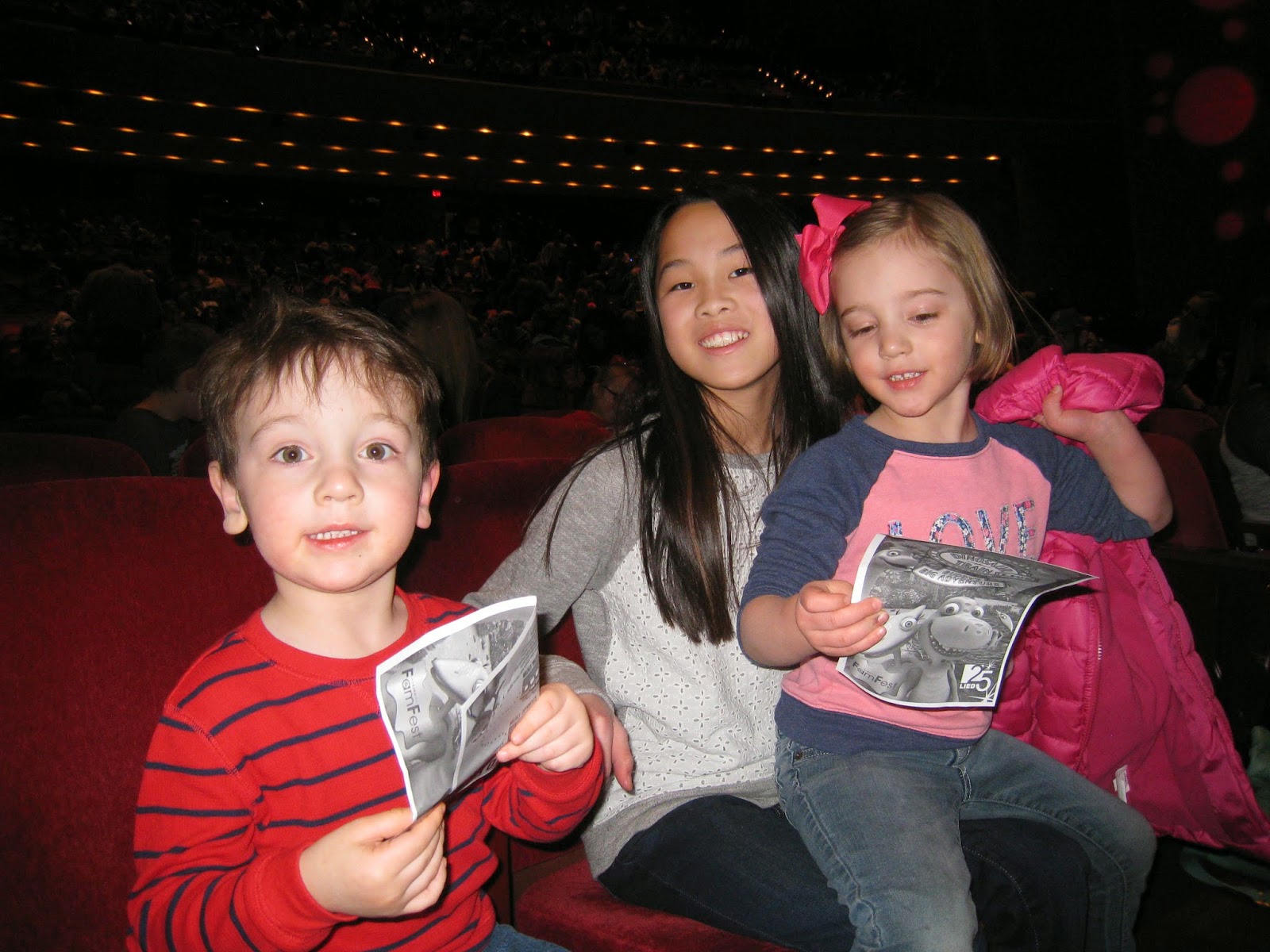 We took along the littles Janie and Walt --
at 18 months, little Harry is just too little this time.
Our seats were in the first row!
It was so much fun!
The animators behind the Muppets were so expressive and a blast to watch! 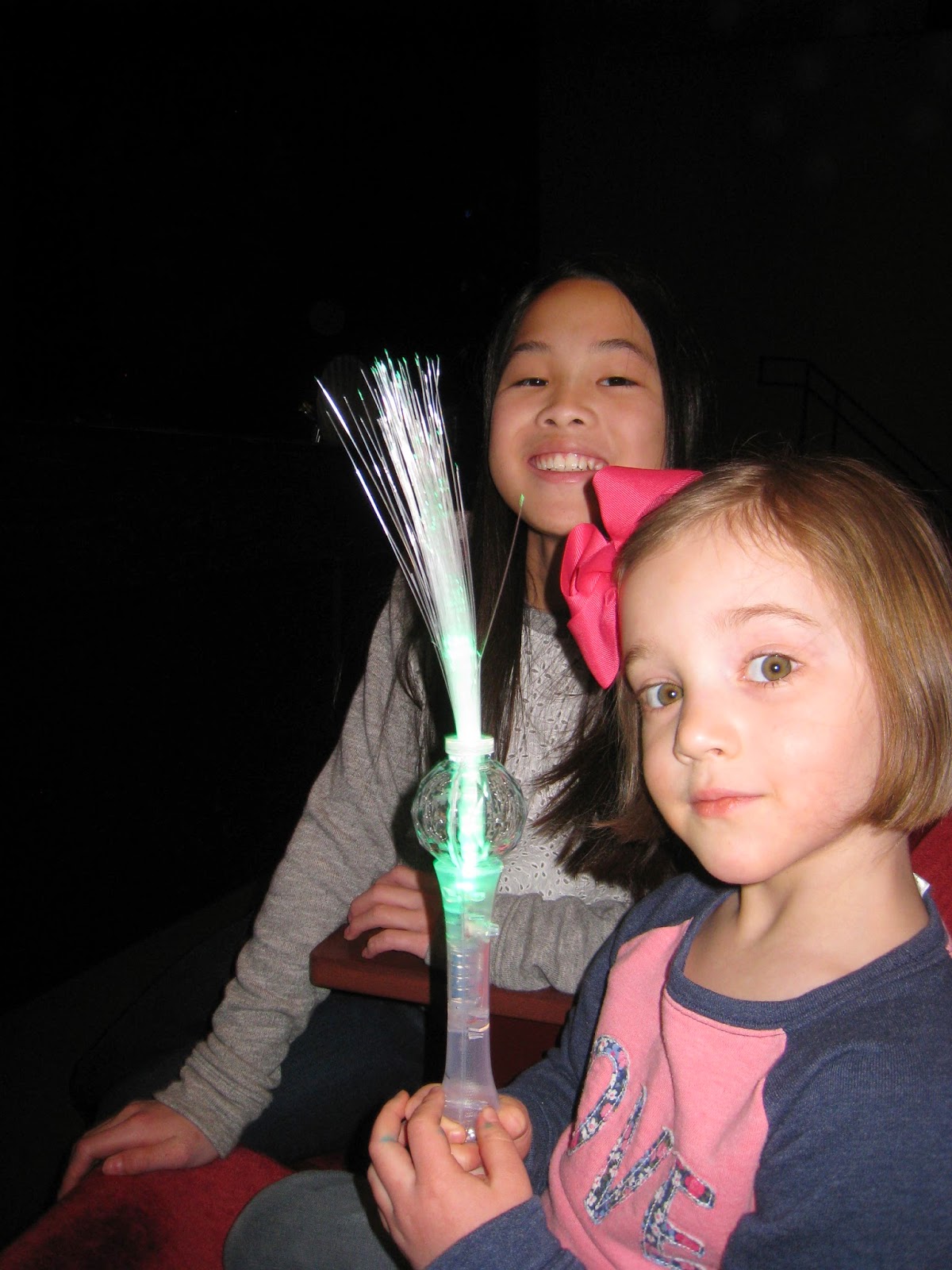 It was a bit of a late night for the littles, but I'm hoping
their big smiles made up for the later bedtime!
We Love our Lied Center!

A quick update on my 2014 goals  --
if you don't remember, they included
(besides the usual exercise more, eat less) these in particular
that I did not accomplish . . . yet:

Learn to knit;
Become a volunteer;
and
Eat less chocolate (now that one is really impossible)!


Sooooo, I am renewing those for 2015
and maybe adding
a little sewing to the knitting  --
a girl can dream, right!!

I actually have made progress on the volunteering.
This year, I am helping out at a medical clinic for those in
need on a monthly basis.  Since I have no real
medical skills (though I can put on a mean band-aid),
I'm stationed at the reception desk welcoming
clients and handing out the sign-in forms.
I've only been there a couple times, but  my heart is
warmed each time.
Every client is welcomed and provided excellent medical care.
The volunteers are friendly and amazing -- calm and helpful
to those in our community who need medical help and don't have
access to doctors or nurses or eyeglasses, meds, etc. that most of
us take for granted.
And, there have been a number of college-age students who helped out at
every single clinic while school was on break
and other times during the school year.
Seeing others in our community care does a person good.
You know what else?
I know my Mom would be proud of me.

The knitting -- I kept meaning to check on the knitting classes,
but unfortunately
didn't get that accomplished.
Currently, homework help or review calls my name most evenings
and that along with the ever-present laundry (who's wearing all
these clothes anyway? ) keep me a bit busy.

And you know, decluttering is on my list every year and is still high on my agenda.
My sister is working on her house and I'd like to follow her lead!
I have tossed some old holiday decorations and spent part of the
warmish day today taking down the lights outside our house
and scooping up leaves and mud from the curb.
Not exactly goals - but great to get accomplished!

I'm really going to try hard this year to meet those goals!
I love an odd-numbered year, don't you?
This is the year to get it done and live my best life, right!?! :)
Happy 2015 Y'all!

I'm rather late to the review of the past year,
but, I still wanted to do a quick look back!

Go figure -- January 2014 was extremely cold -
just like this year -- deja vu all over again!
One of our favorite moments from January 2014
was seeing the Oscar Mayer Wienermobile!! 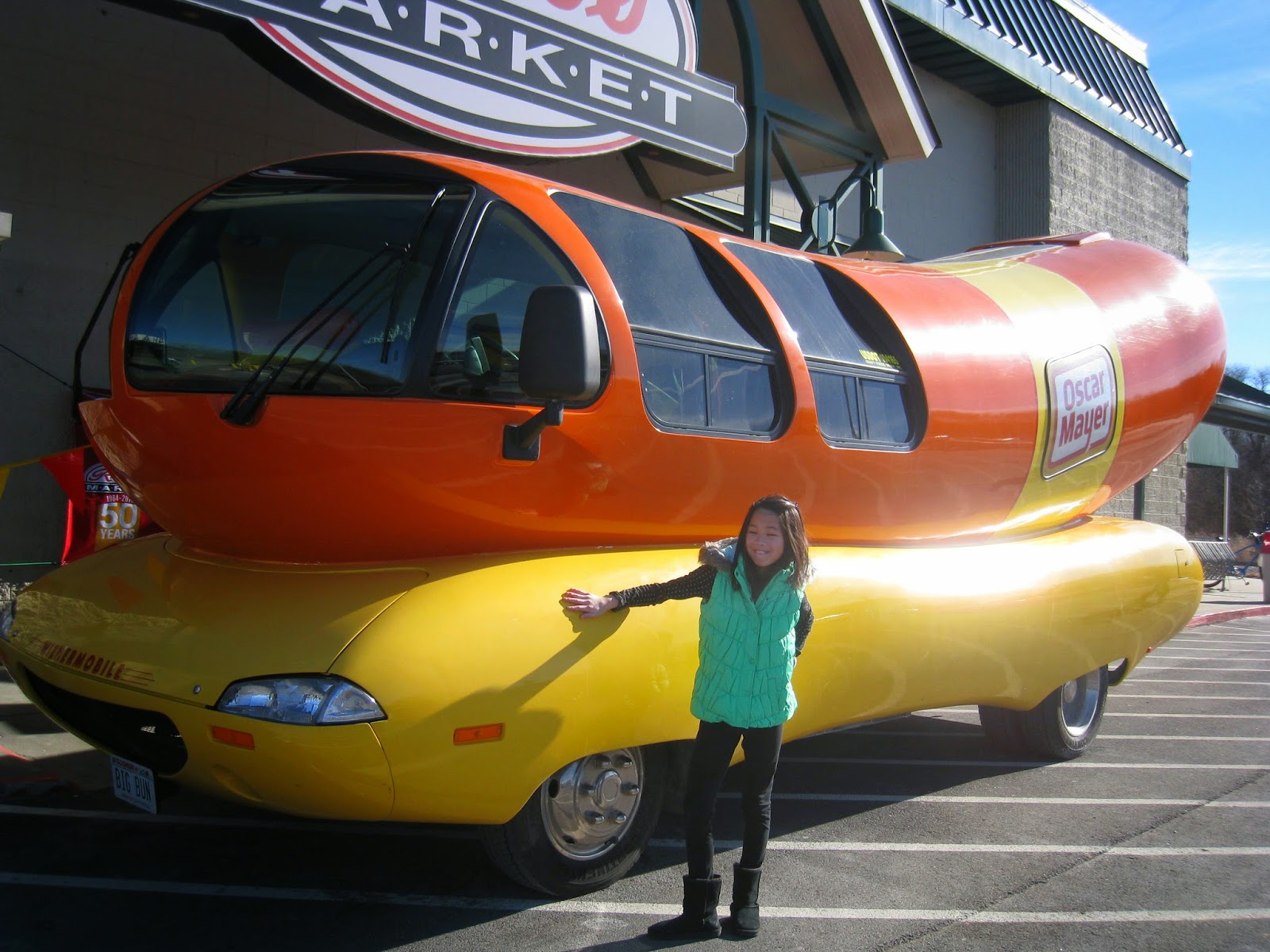 In February, we celebrated granddaughter Janie Boo's 4th Birthday
and her Dad's 29th! 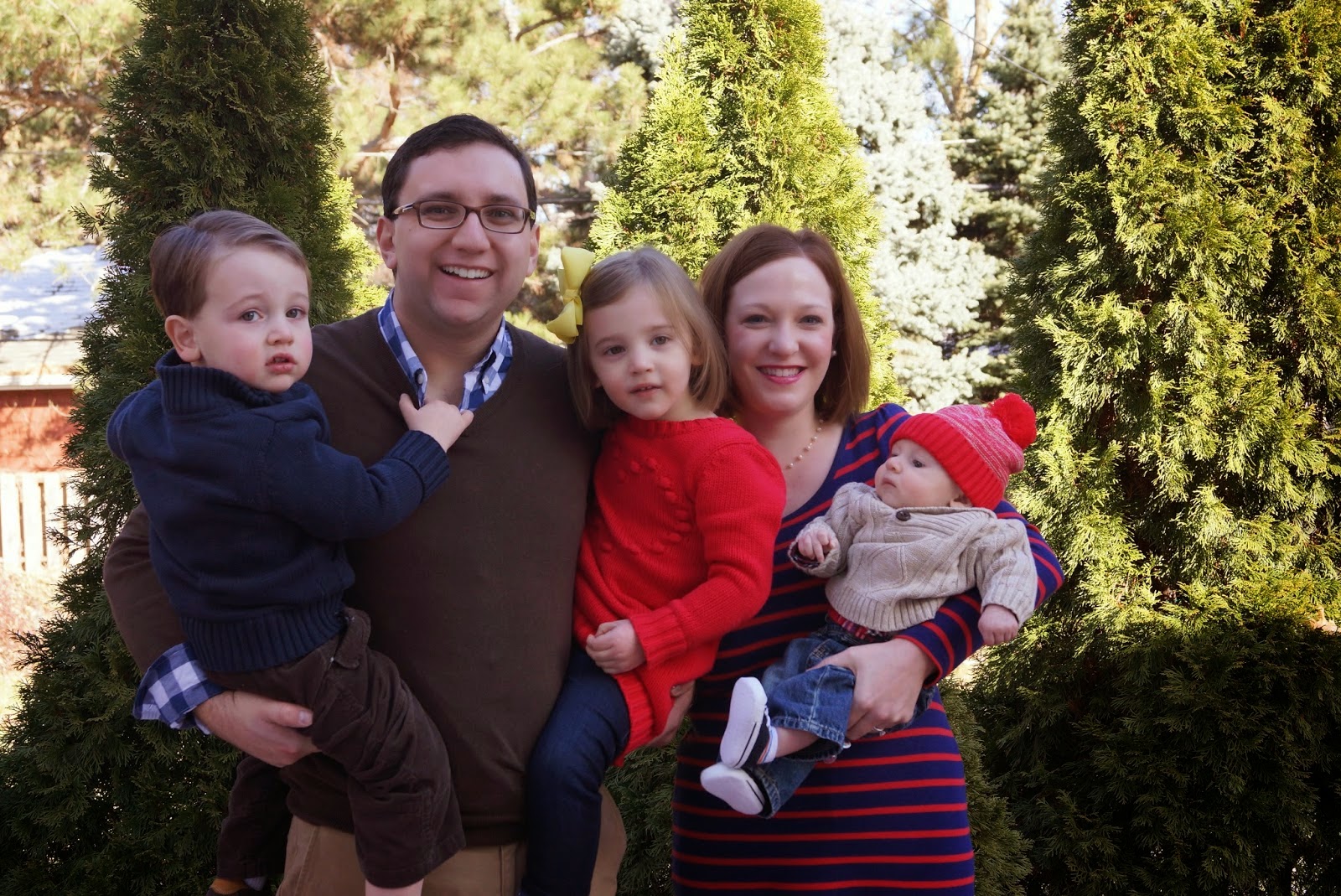 In March and April, we waited out the winter,
had one last big snowstorm in April and
prepared for the never-ending hardwood floor re-do that finally was
completed in July or August!
And
we had our annual trip to DisneyWorld (love that place!) 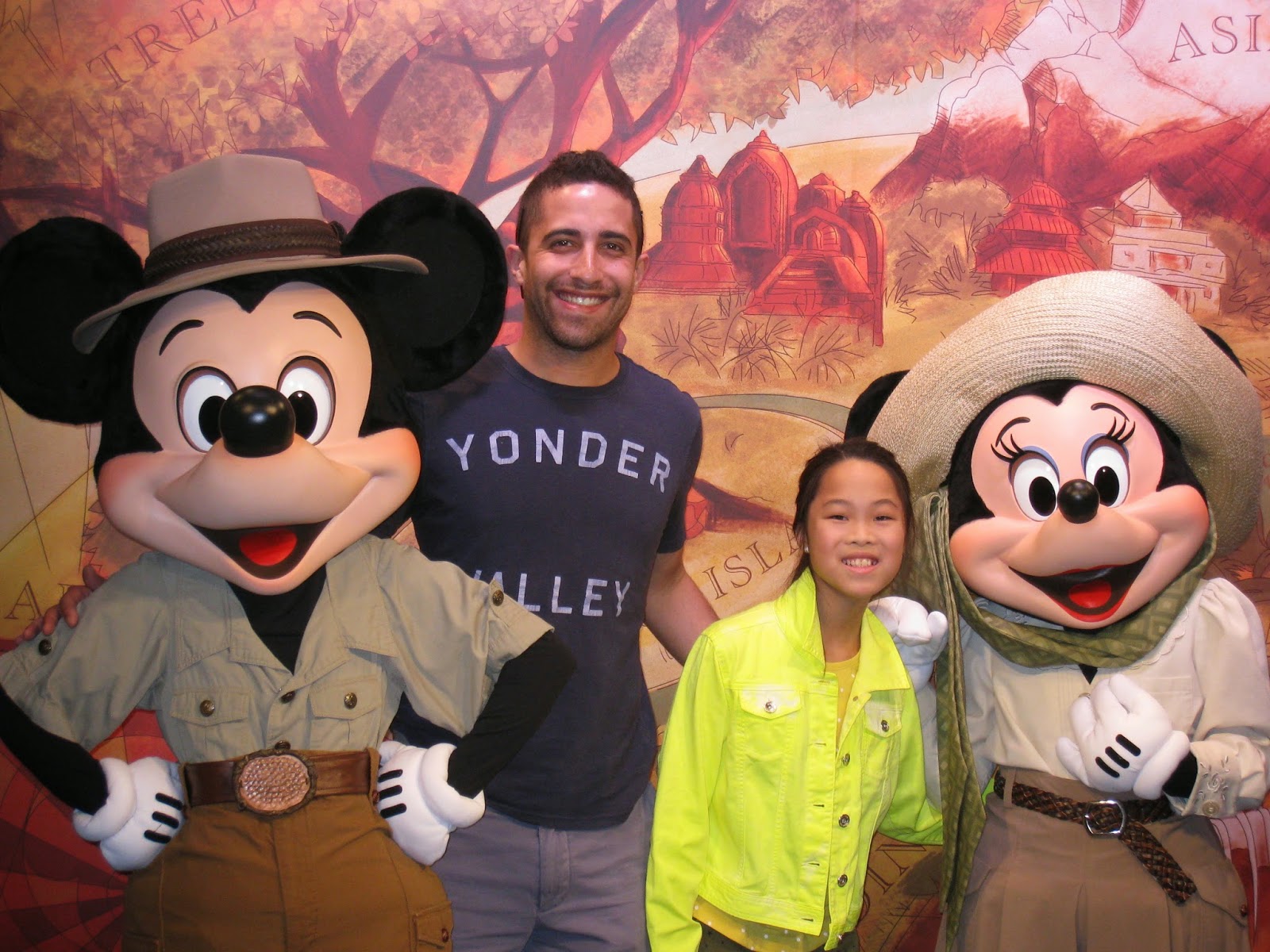 My son, Philip, Catherine and family moved to our fair city in May,
making the month of May an exciting month!
A Mother's Day brunch and later the end of 6th grade finished out one
of my favorite months ever!

June went by in a blur as I retired from my long-time
paralegal career.  To say that I missed (and still miss) my friends and
co-workers is an understatement.
But, super fun to have some time off with my girl, Maddy!
Dance recital and then Maddy had toe surgeries that put a bit of a damper
on some summer activities. 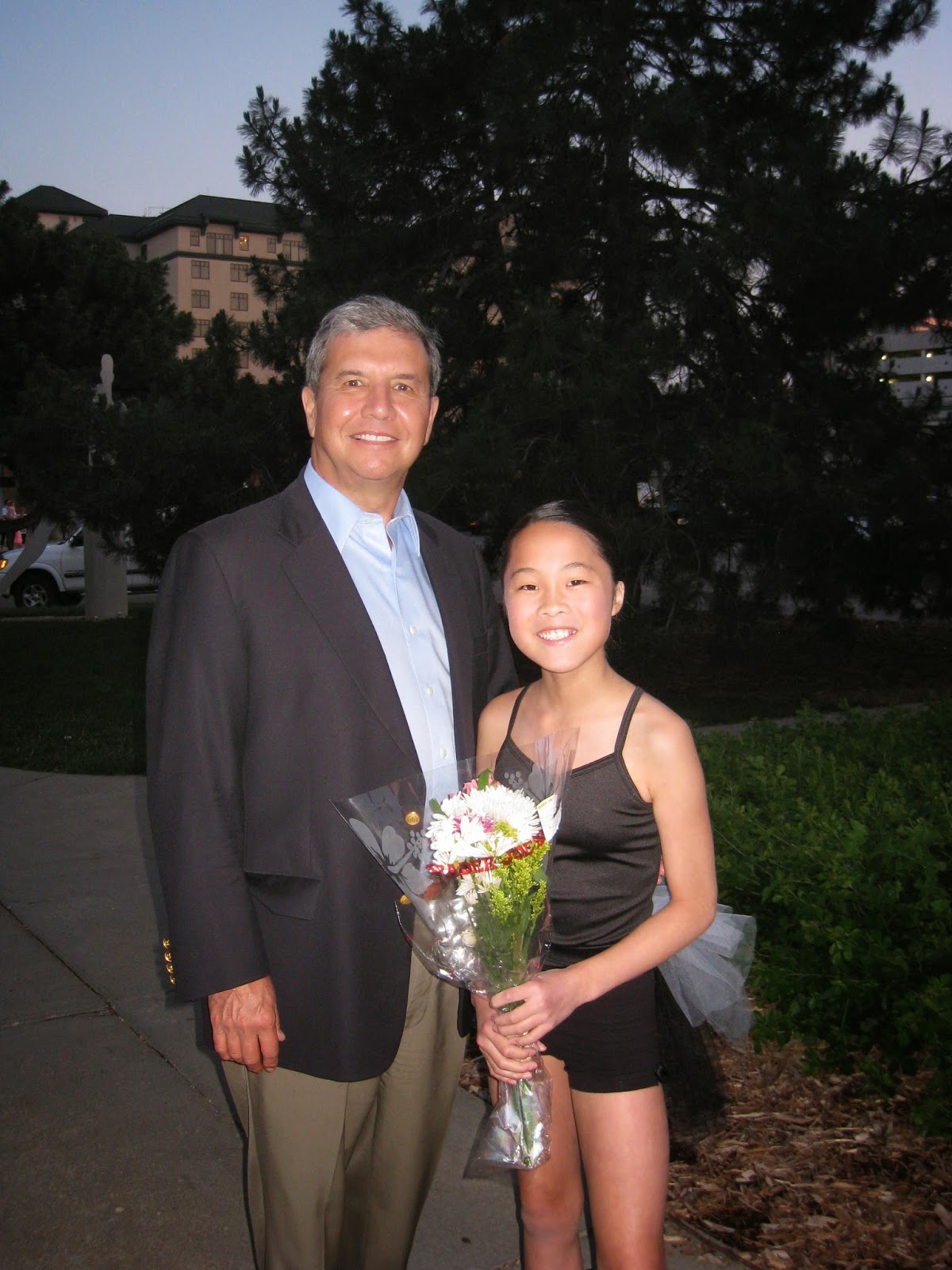 Visits to the zoo, mini-golfing and just plain hanging out made the start to summer
loads of fun! 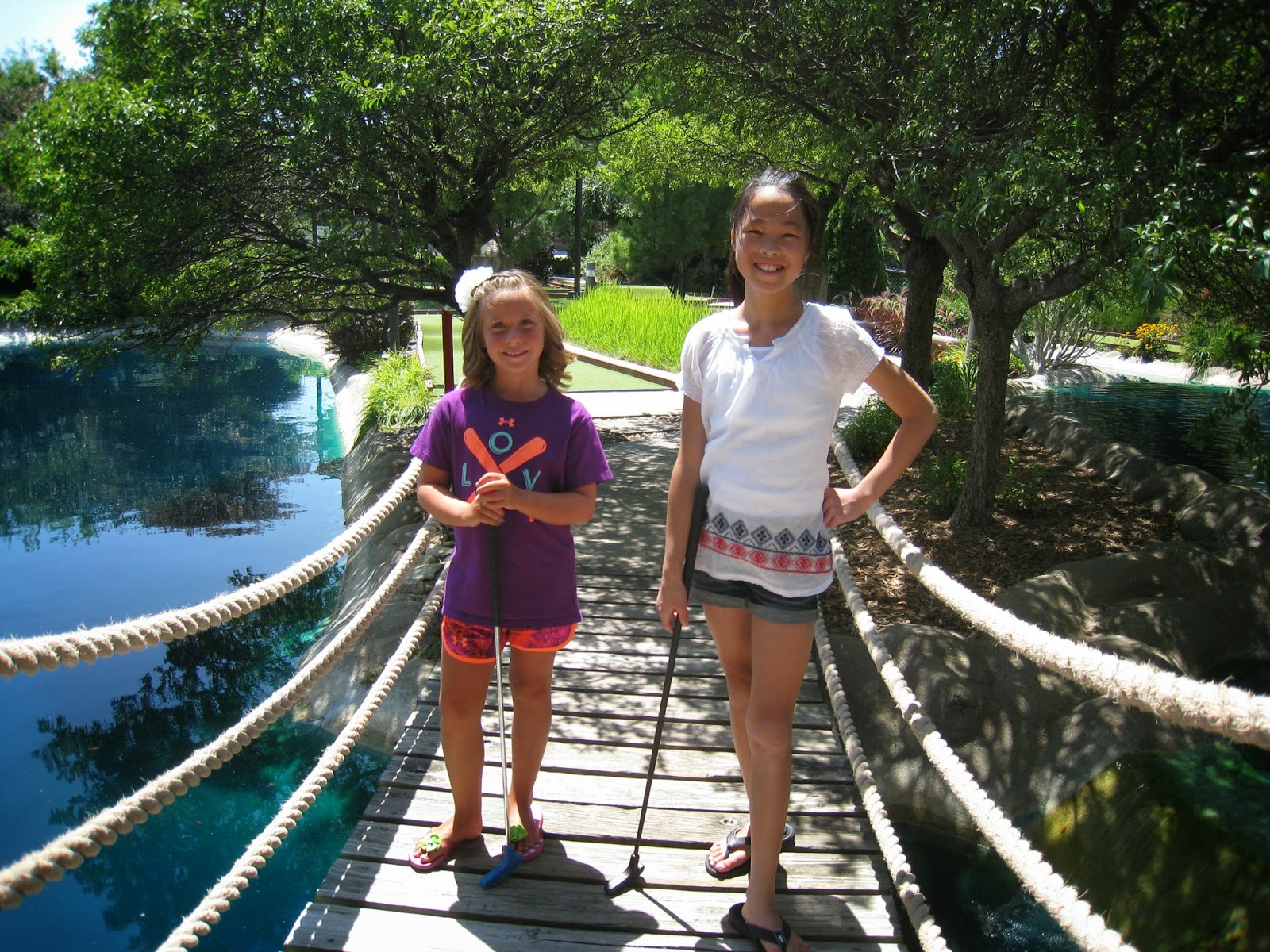 July is almost my favorite month of the year!
The 4th of July, my non-birthday, fun in the sun, the county fair And funnel cake
-- what's not to love
about July! 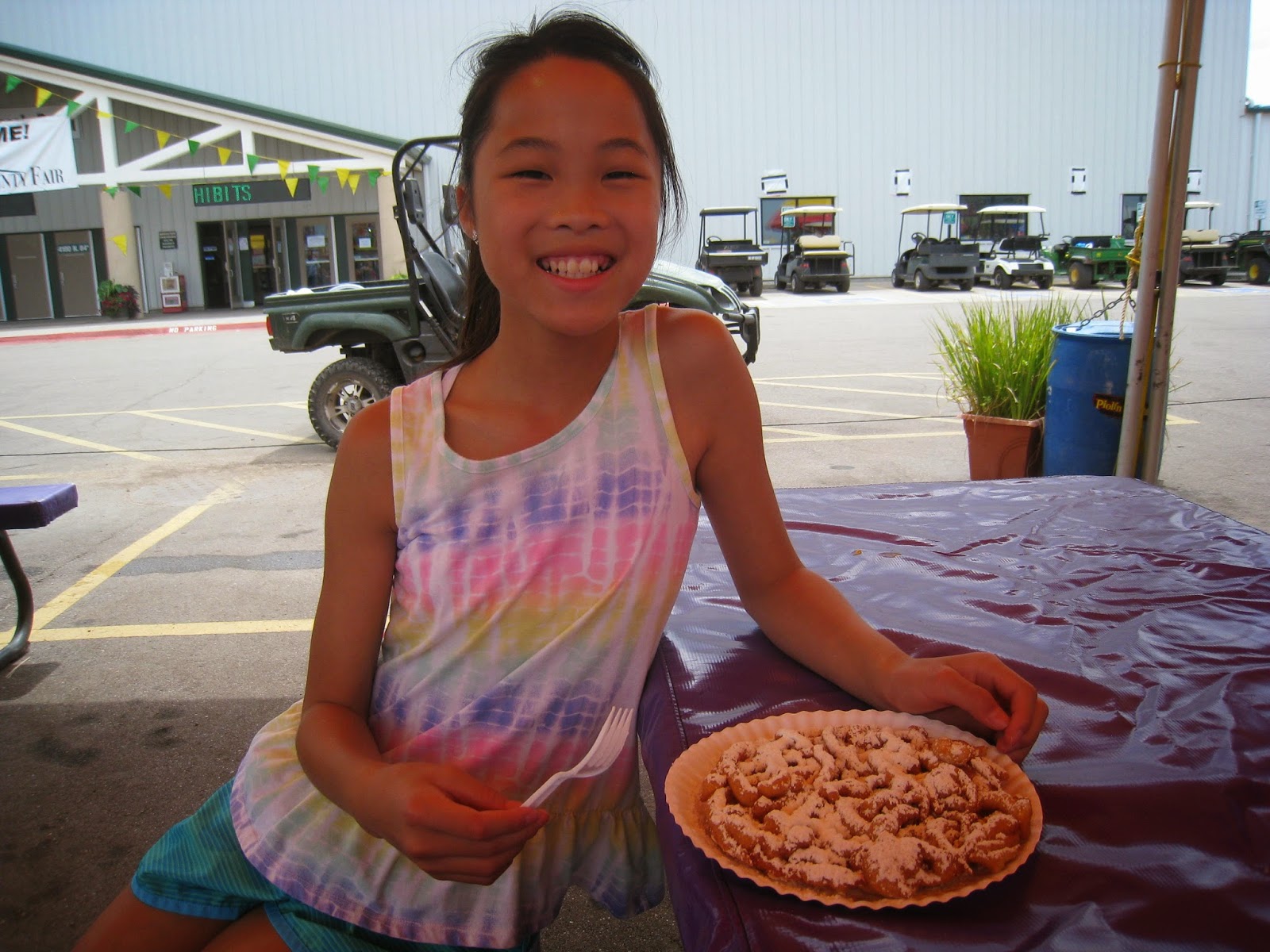 In August, Maddy and I took a quick trip to Cincinnati
to visit my sister, her husband and my Dad, Al!
It was so great to see them all. 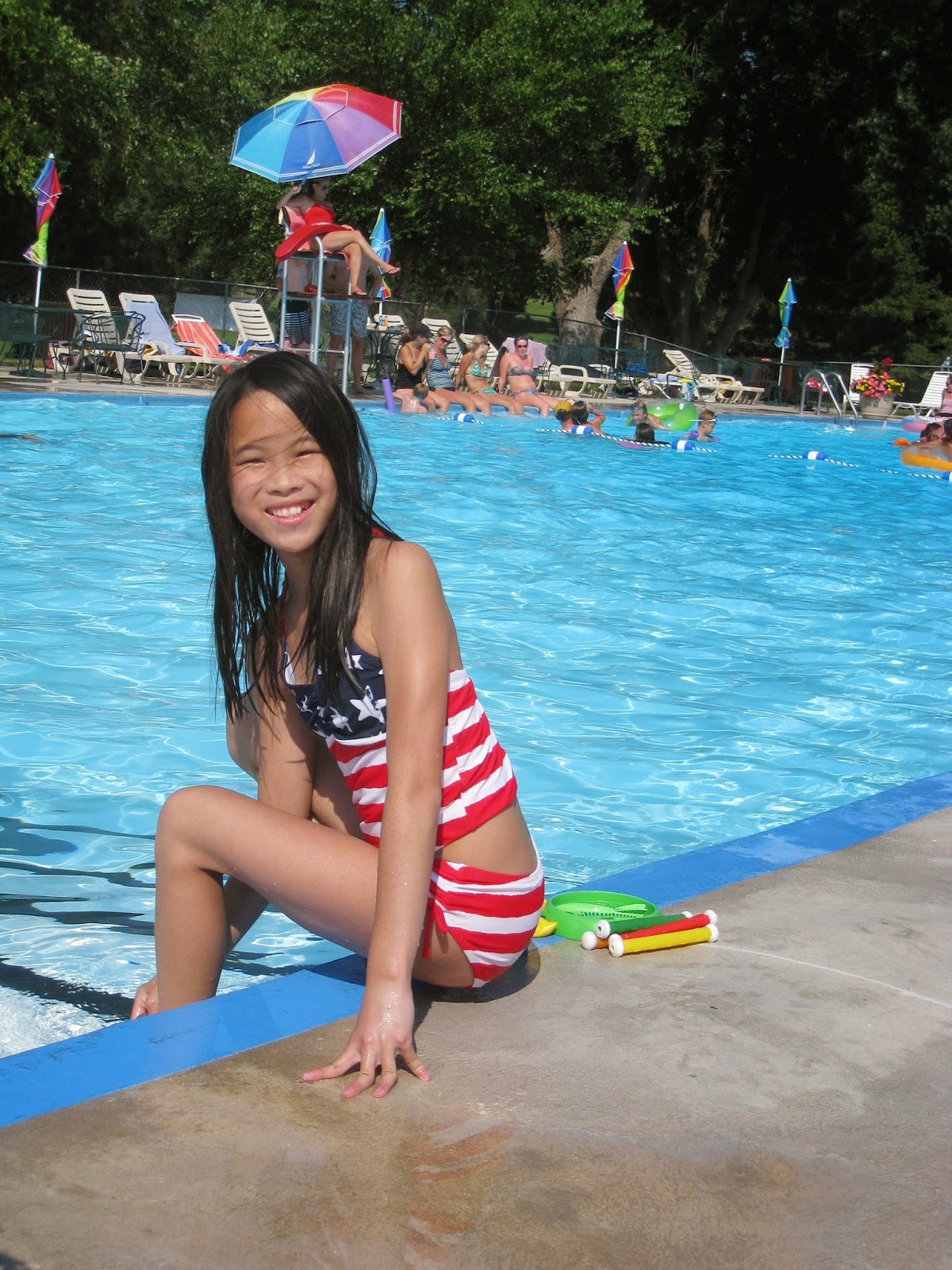 Also enjoyed a bit more pool time
and then there was a 7th grader in the house! 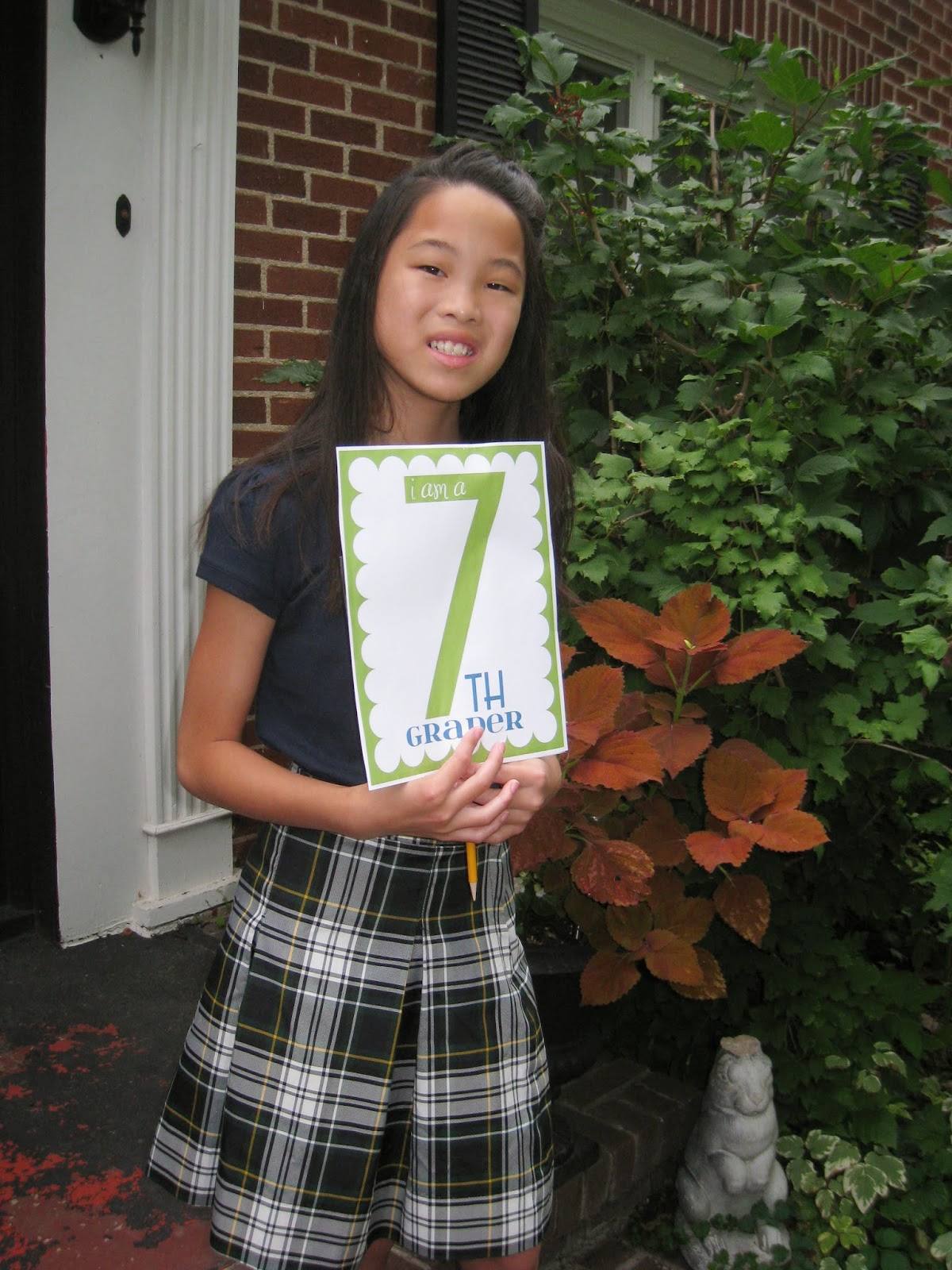 August also meant I was drafted back to work
as the office administrator for Mr. Tennis!
That was an unexpected surprise! :)

September -- another favorite month as it is Connor's
birthday month and time to celebrate again! 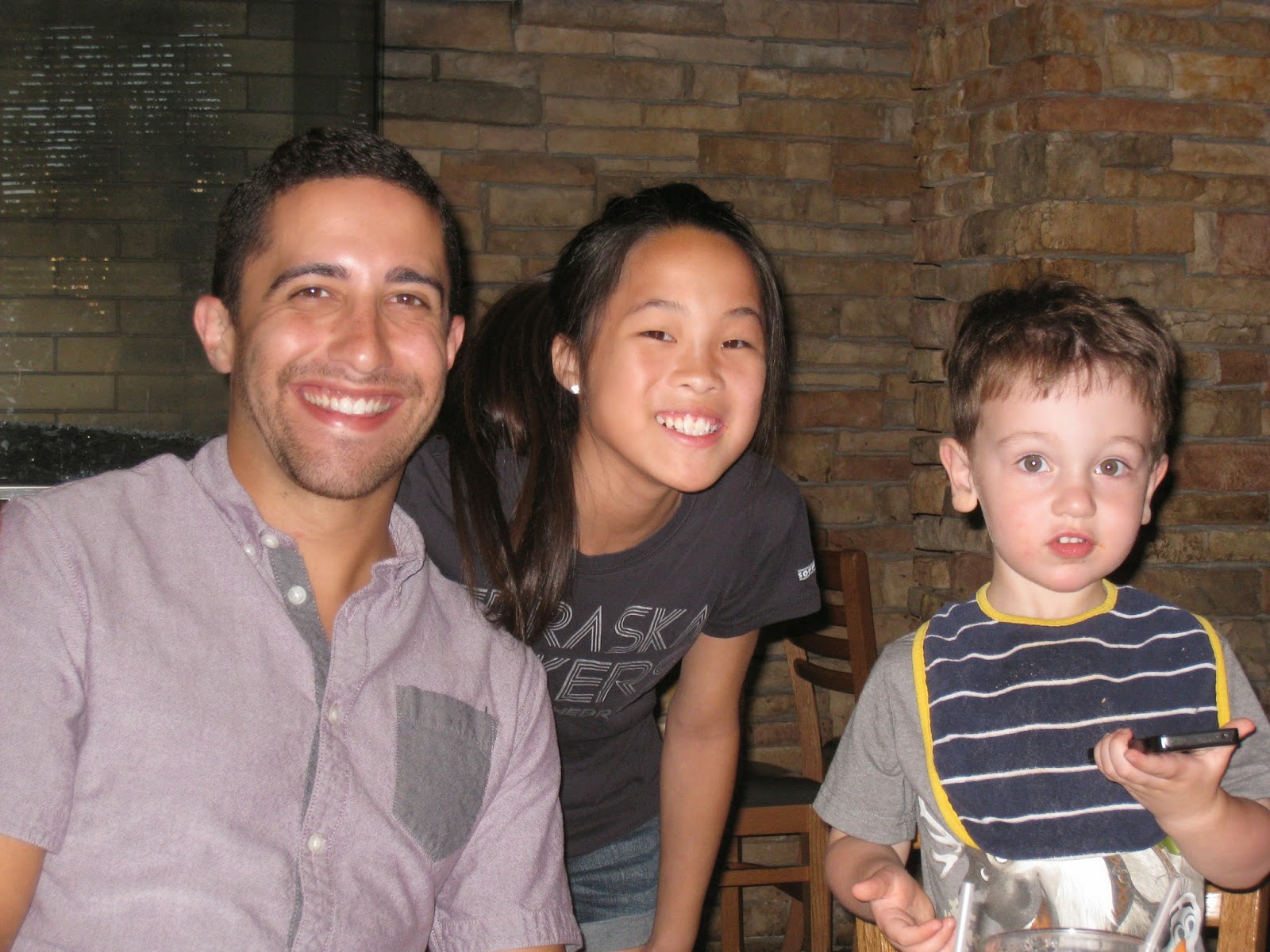 October meant time to rake leaves and plan for Halloween
as well as homework, football , Boo at the Zoo and fun with friends -
also known as the Ninja Turtle Girls! Wow -- November -- time for cool weather -- we had our first snowfall in November,
annual visit to the pumpkin patch, more leaves
and Thanksgiving! 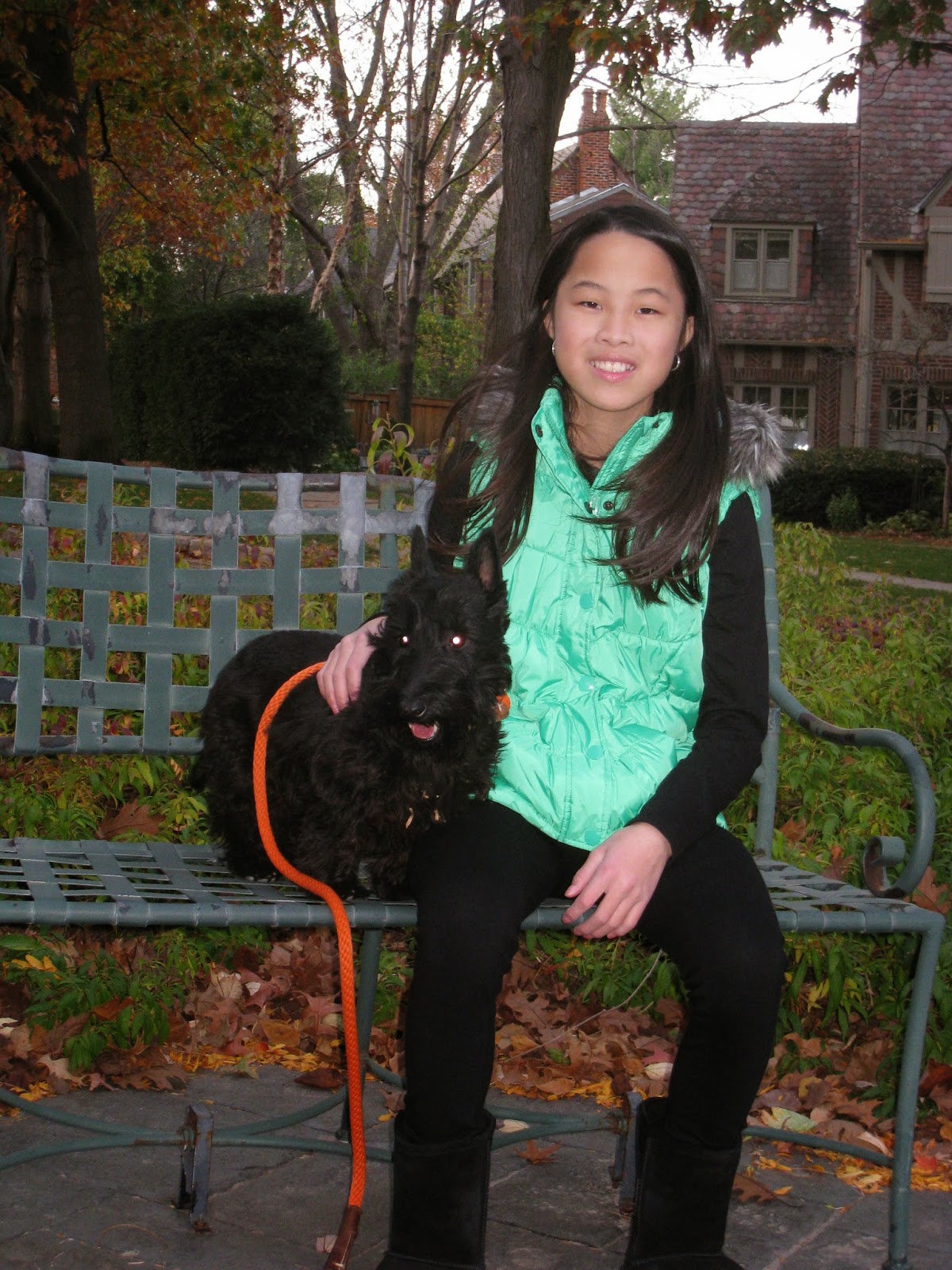 December went by in a blur -- partly because it always does
and party because Mr. Tennis was ill. Happily, he's on the mend.
A new tradition of cookie-baking with Miss Janie and other Christmas festivities!
Plus . . .
A new teenager in the house in December with Maddy's birthday
on the 20th!  It was a special month and a great year! 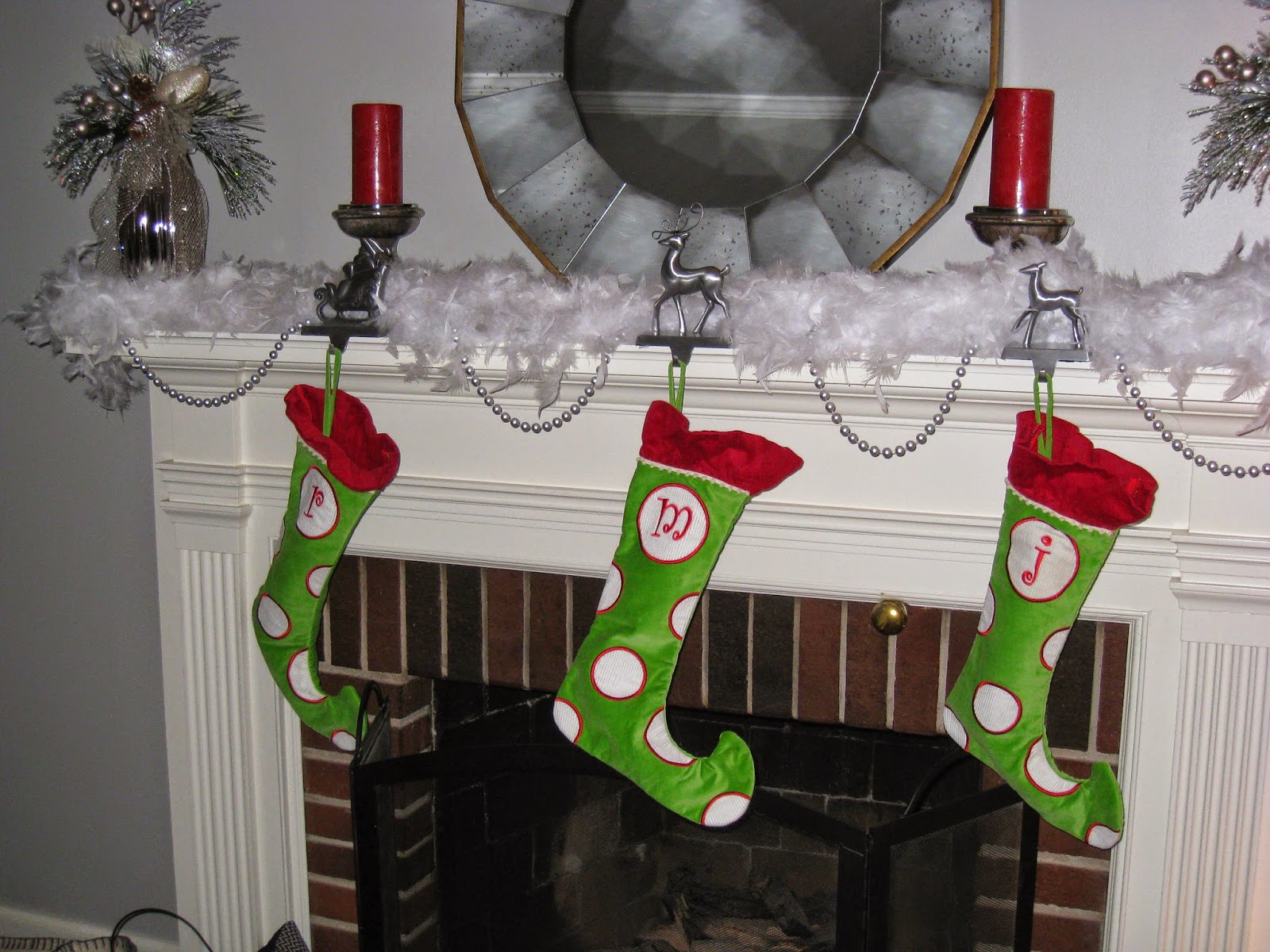 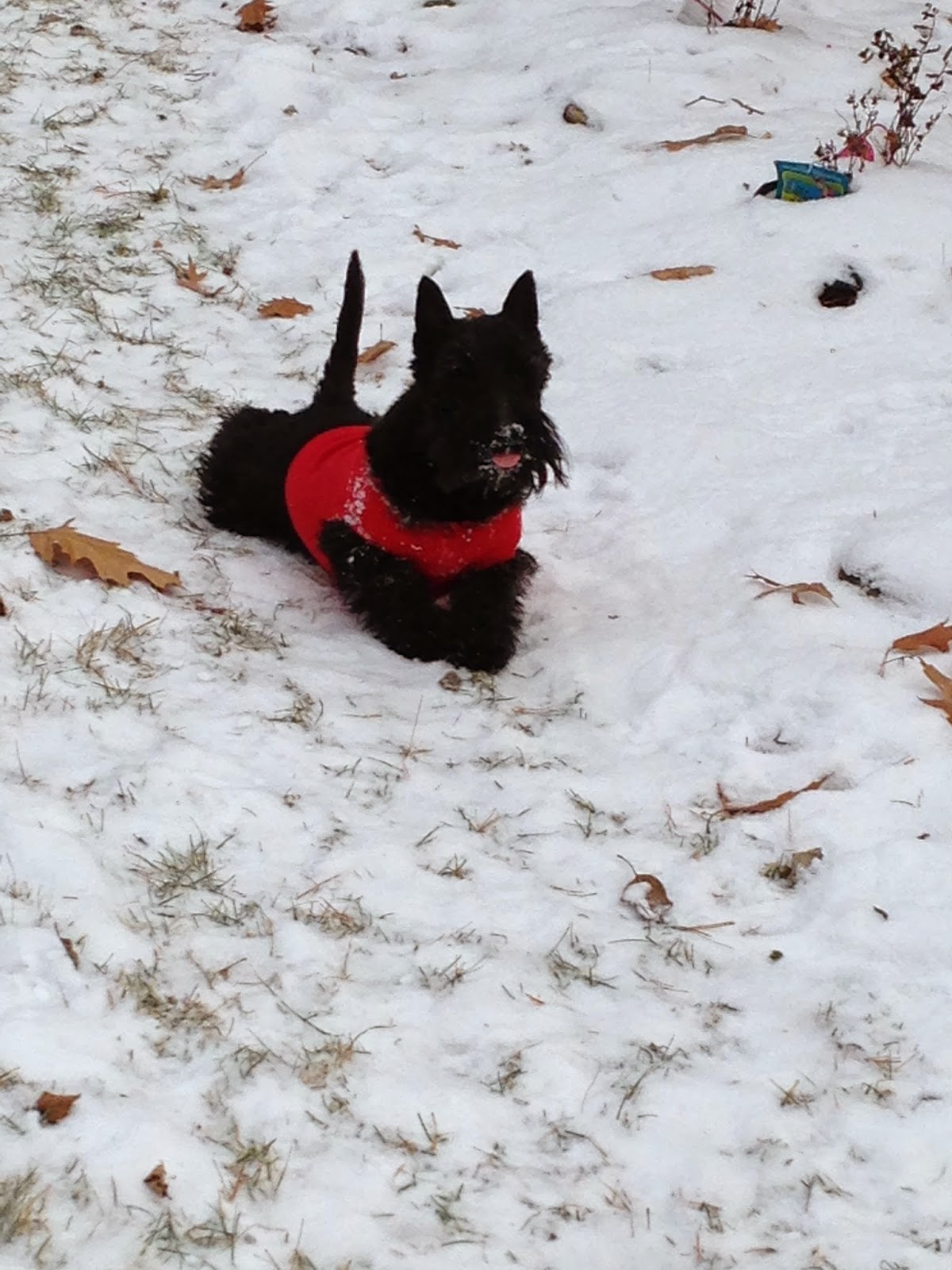 January  = cold + snow
around these parts!
Although we haven't had enough snow for
some people (Miss Maddy), we had a sufficient
amount that I was out shoveling last Sunday morning.
And the temps have taken a real nose-dive!
We're talking a high temperature of 3 degrees -
I don't even want to tell you what the low temp is --
let's say very, very, very cold!
When we asked Siri what the temp would be?
She responded, "Brrrrr!" 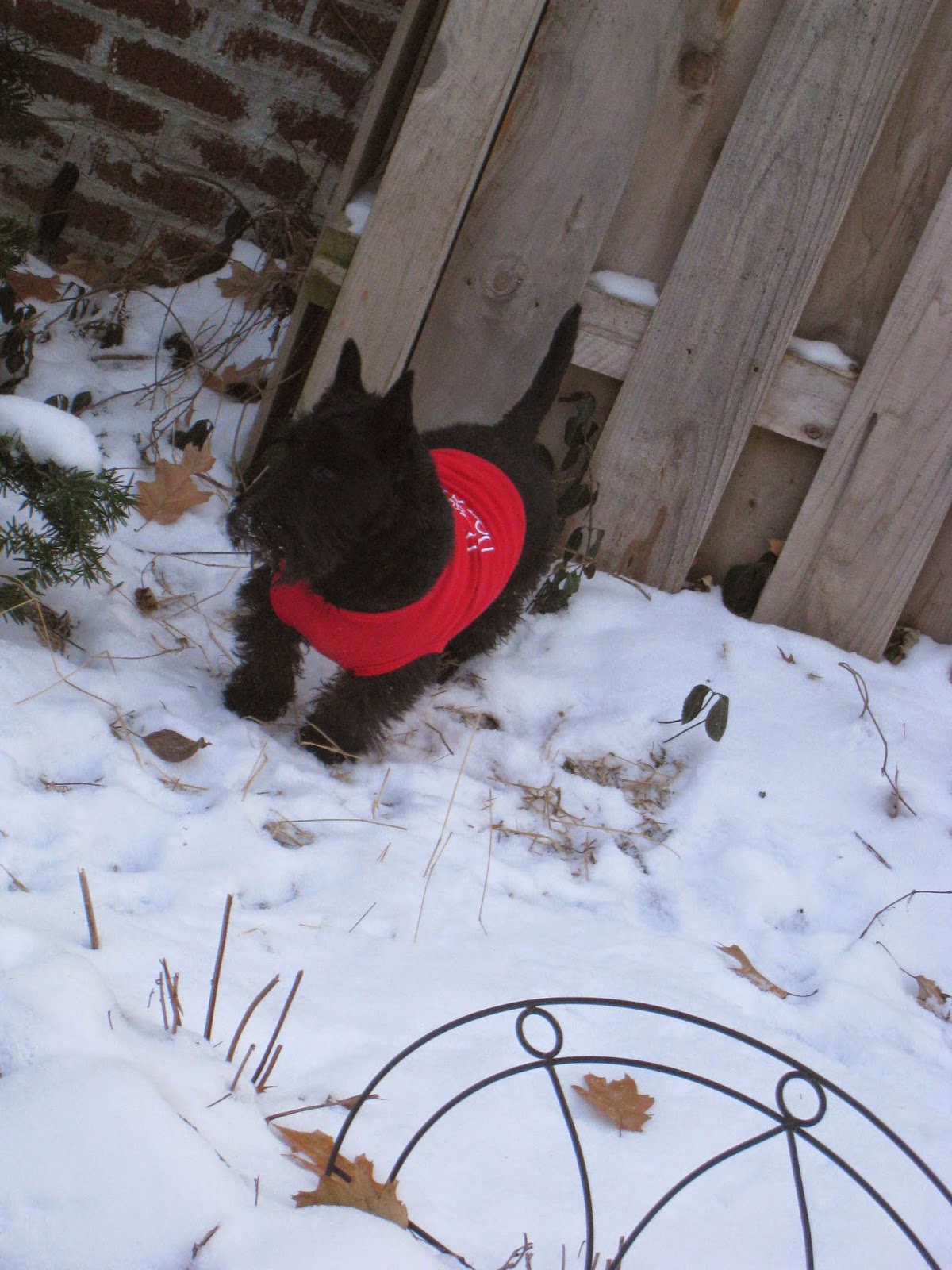 However, that has not stopped Maddy and Muffy (the fearsome duo)
from getting out everyday and playing in it!

Maddy dons her snow pants and Muffy grabs her
Salty Dog tee-shirt and off they go.
There are still some wittle wabbits to be chased! 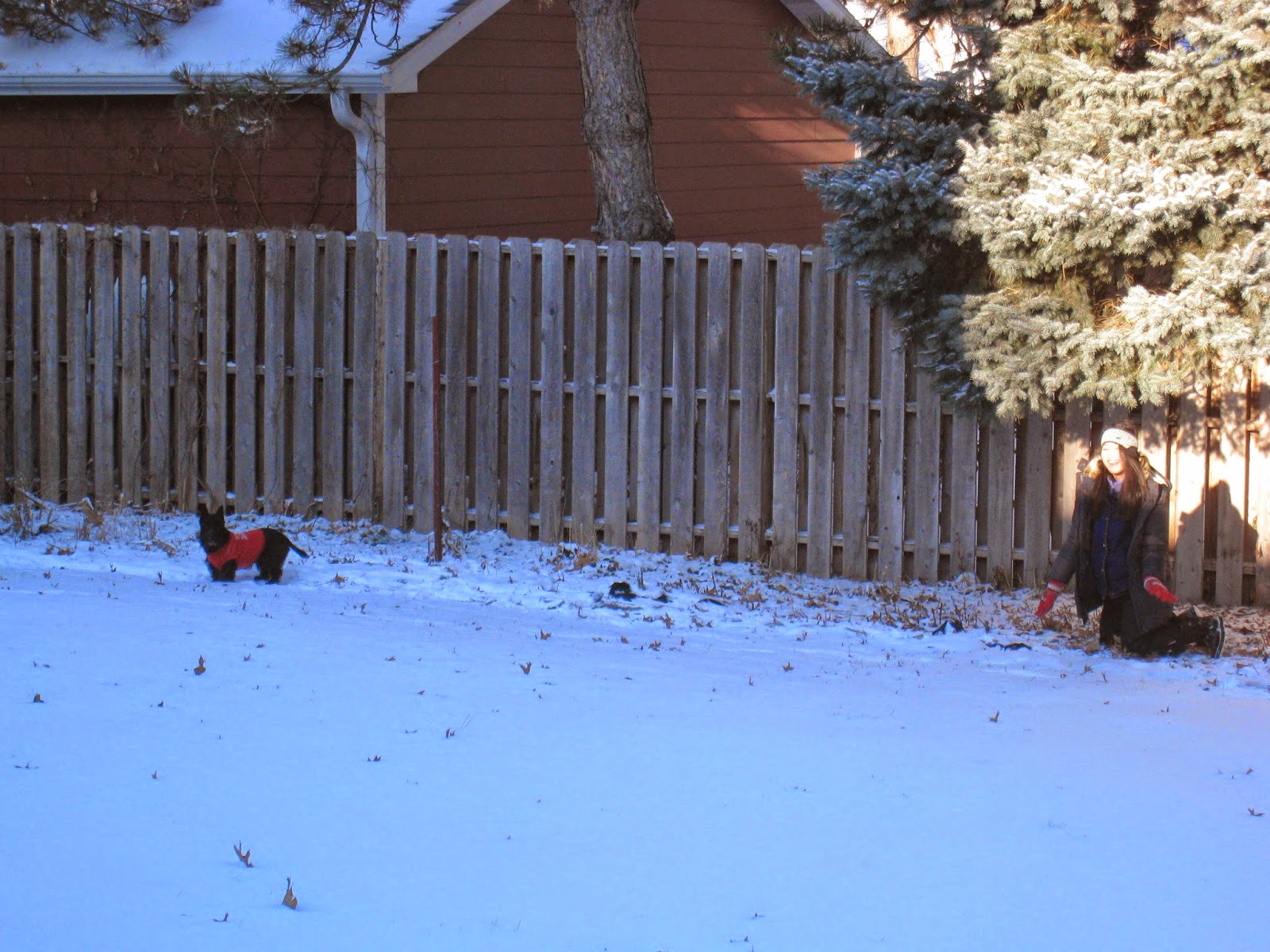 School is back in session now and Muffy is looking a little
sad and missing her snowtime playmate! 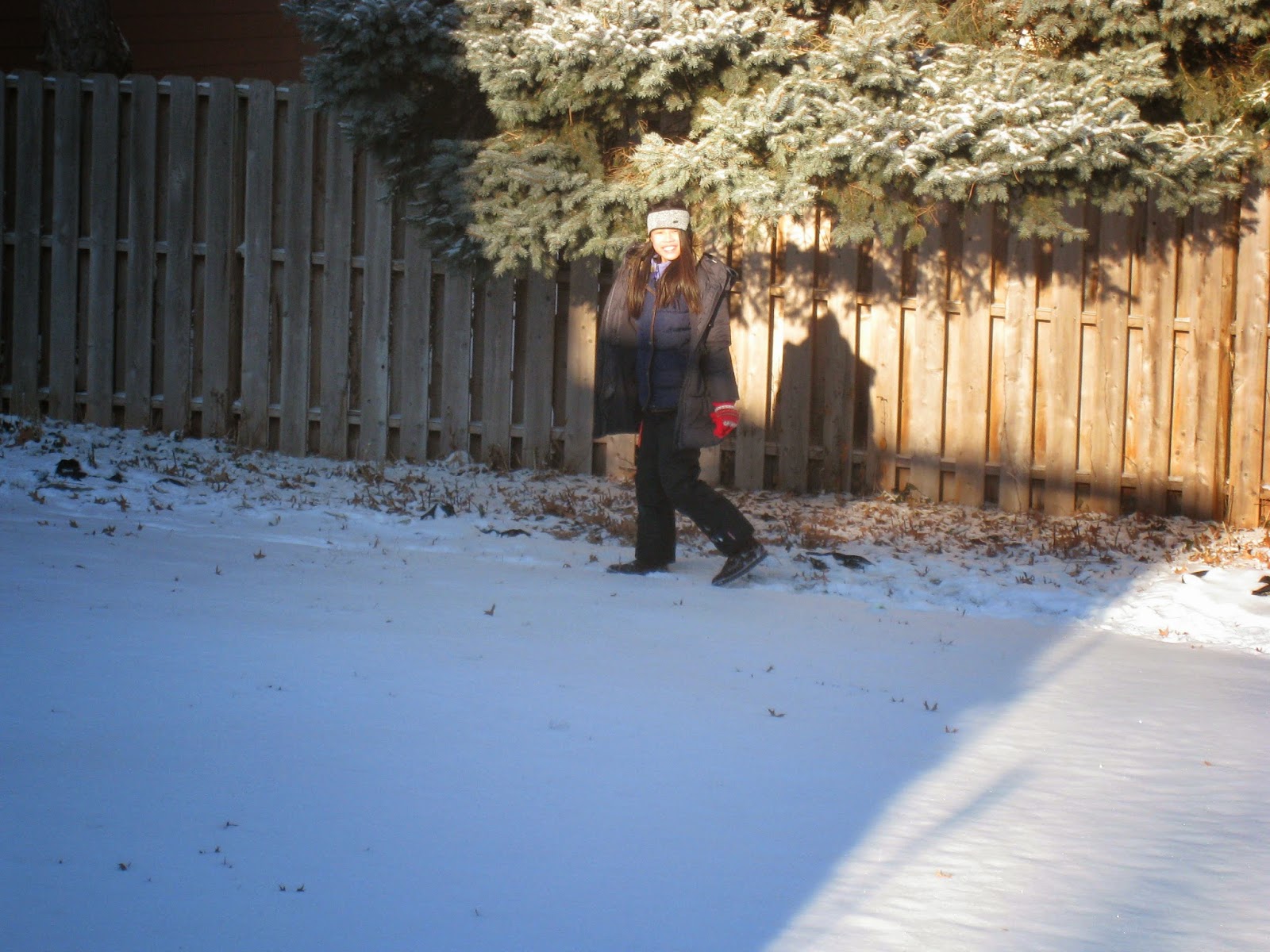 Every year our sweet neighbors host a Santa party!
It's a great get-together and not to be missed
especially for the kids -- who am I kidding -- the parents
love it too! 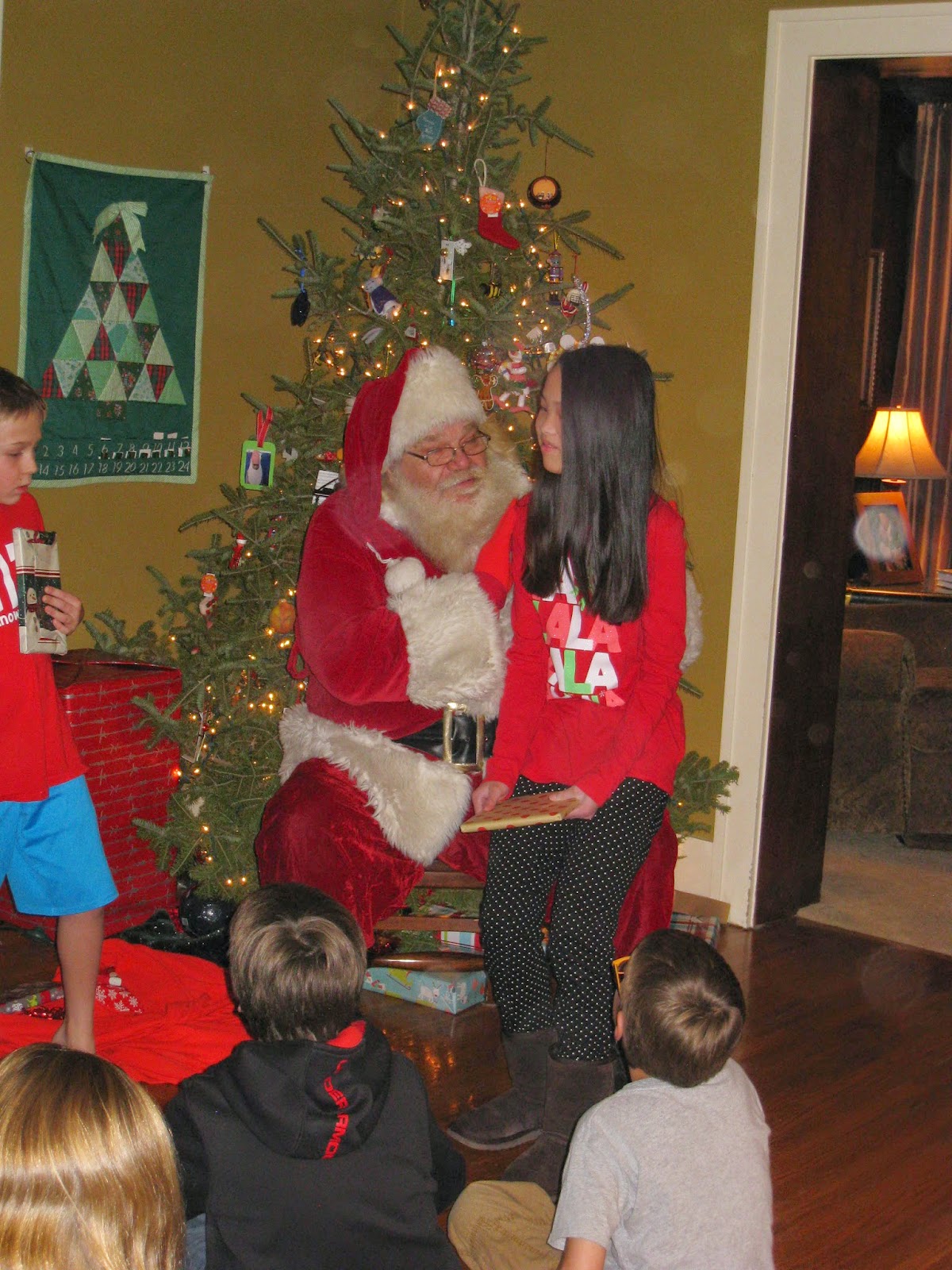 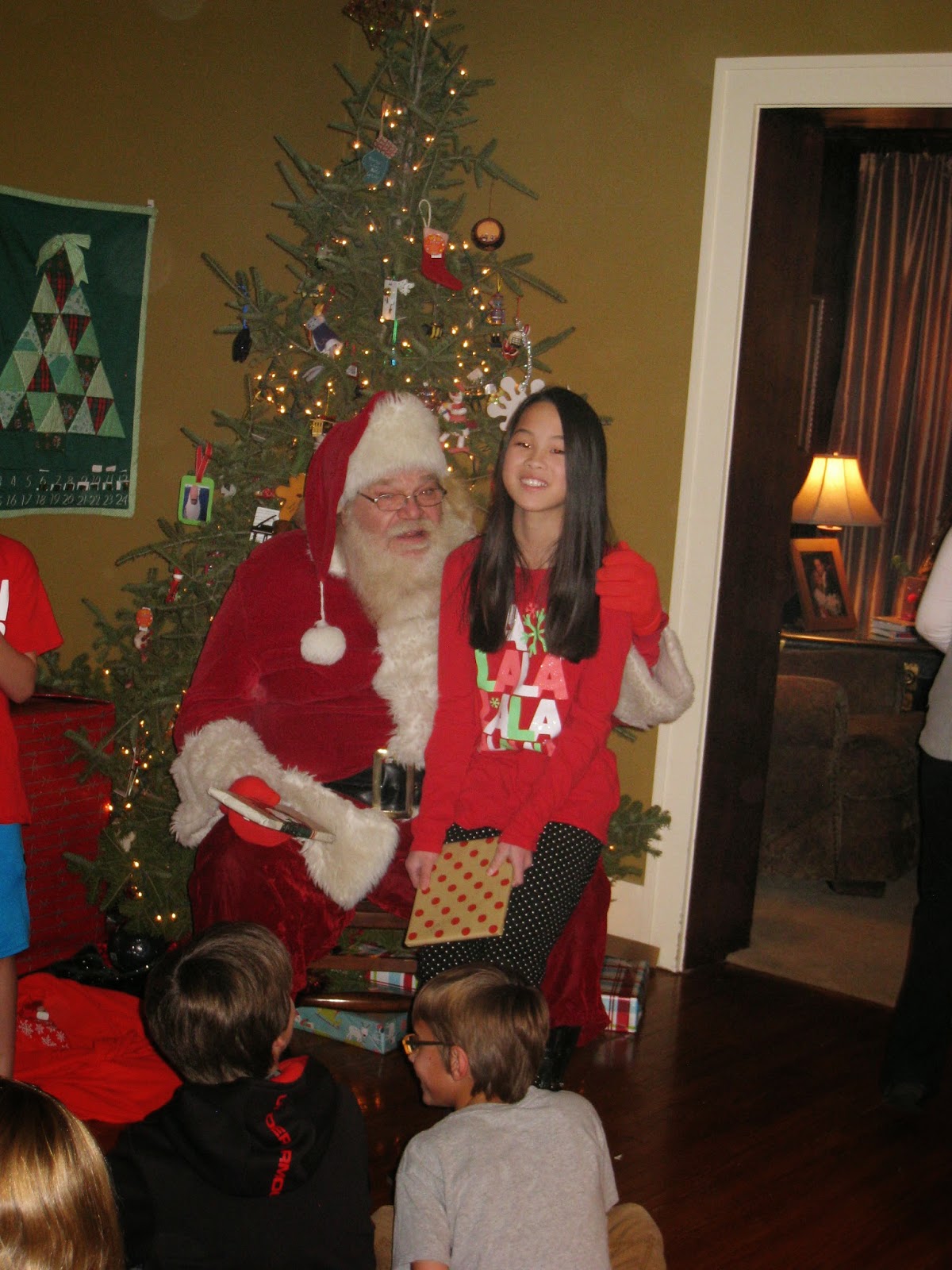 Wishing you all a happy and healthy New Year
filled with all good things
and silly faces! 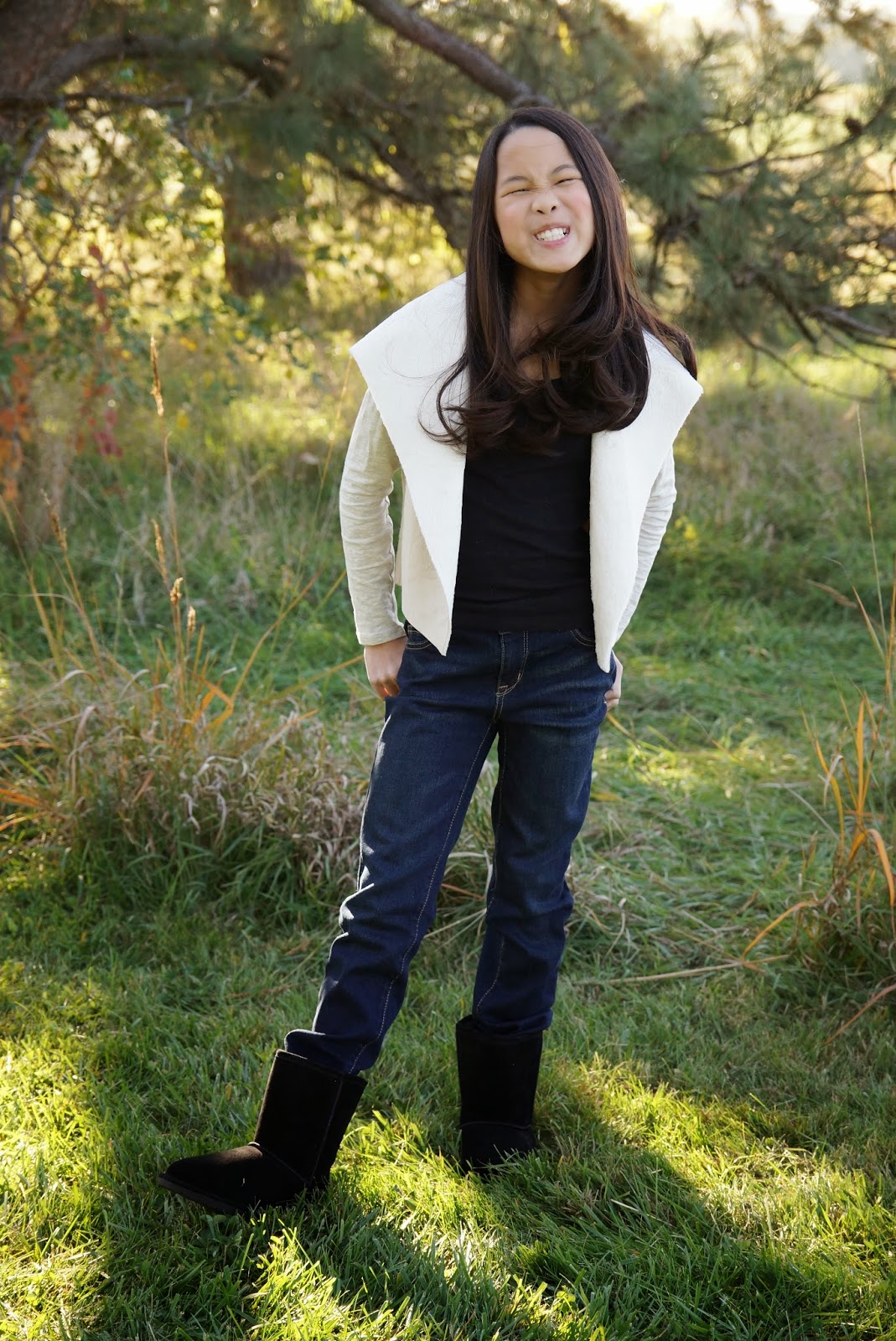