Junior/Senior Prom was held a couple of weeks ago!
Maddie has had her dress since fall 2018.
We found it on a clearance rack and it's so beautiful
and was so reasonable that we both figured it
would be good idea to buy it then and there.
Gorgeous dress and it was featured
in a Seventeen magazine prom issue.
It needed a few alterations as it was a bit too
long and a little too revealing to meet
her school dress restrictions!
It turned out lovely!
I curled M's hair for her and did a really good
job if I may say so myself! ;) 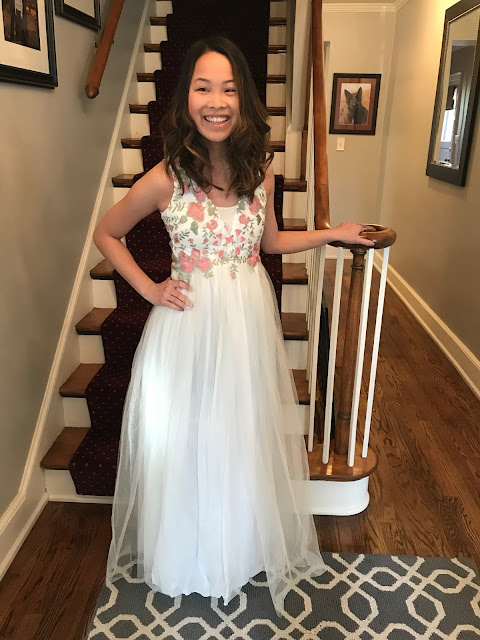 Maddie and two of her friends went to prom
together.  Dinner and the prom were held together
at a downtown hotel,
and then the post-prom was back at
their high school! 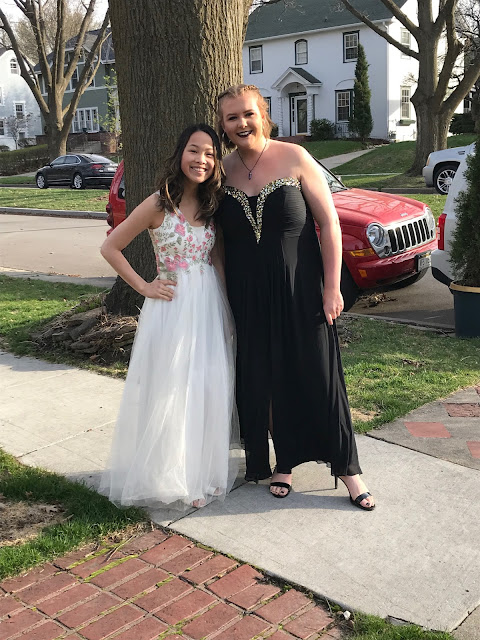 Since the girls didn't want to drive in their big
dresses, I was their driver!
It was loads of fun to see the students
going in and out of the prom venue,
even though it
was kind of a late night for me! 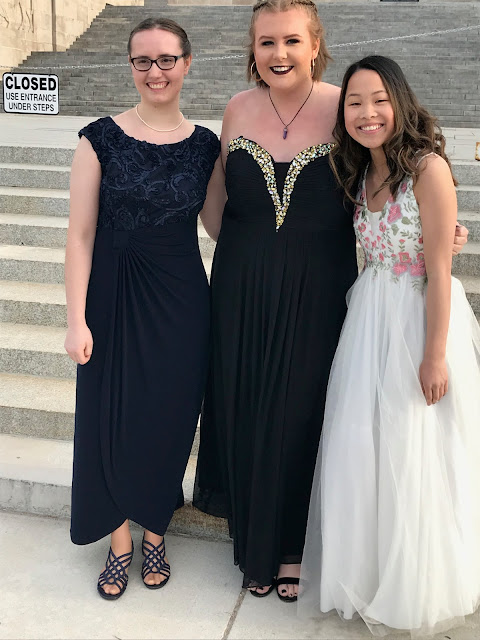 After I got them to post prom around 11:30 PM,
I headed home and picked Maddie up at 2:30 AM.
She said they all had a great time
and it was so much fun!
Naps were necessary the next day!
Checking that event off the high school bucket list! 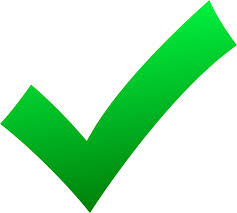 My nephew Mike married his beautiful bride, Amanda,
on the same Saturday as First Communion and Baptism!
We were unable to attend the wedding, but
were at their wedding reception
and it was fabulous!
Warning - a little photo heavy on this post!

Such a beautiful couple!
Mike came down with the flu a day or two earlier and
was not really feeling his best. 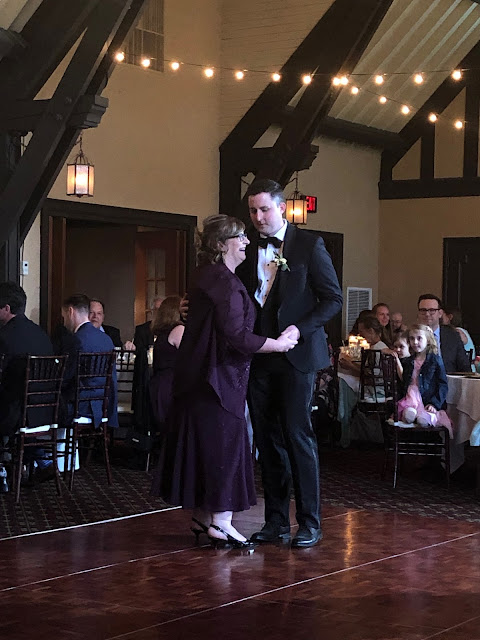 Here he is with his Mom (my twin) having a dance! 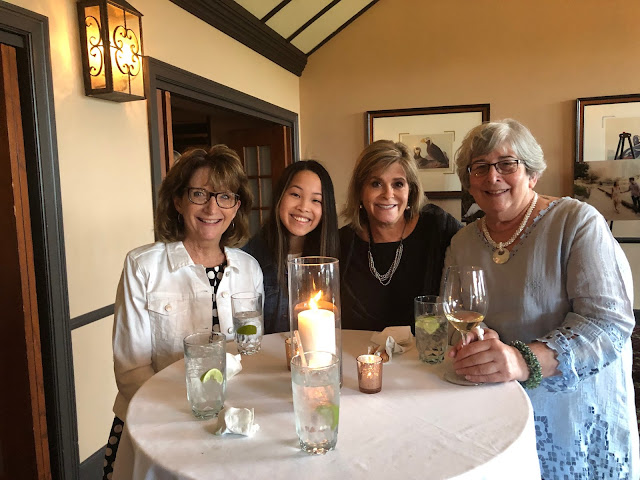 The reception was so much fun!
The photo booth was a blast - and no one was
participating until we started!
Don't you love Rickster in his bow tie
while the rest of us are goofing off! 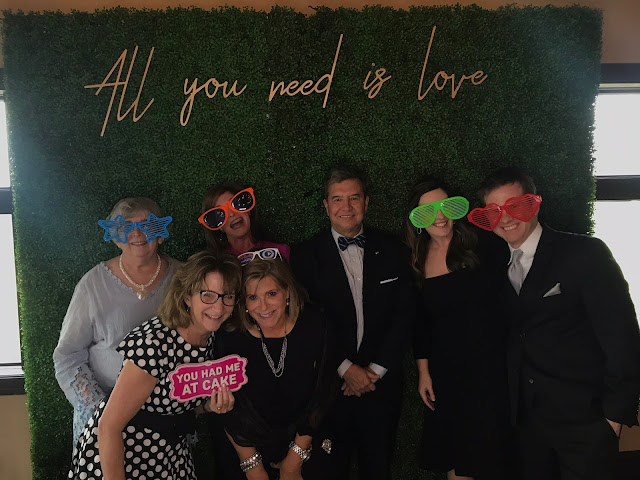 We had the best time.
It's been ages since we've had
a wedding to attend.
Seems like most family gatherings
in the last few years have sadly been funerals.
We were delighted to have a happy occasion. 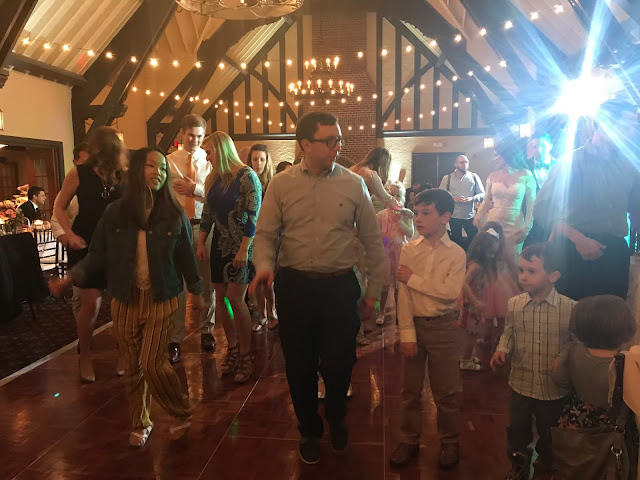 There was dancing!!
Philip and his 4 oldest kiddos attended and had a blast! 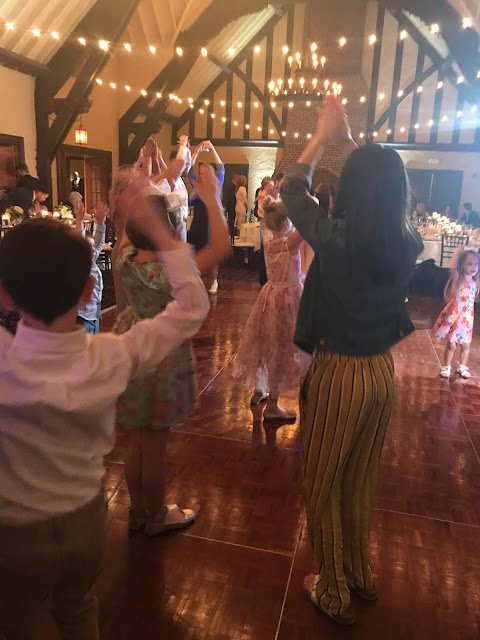 They had a huge variety of Bundt Cakes instead
of a traditional wedding cake!
More cake sounds right to me! 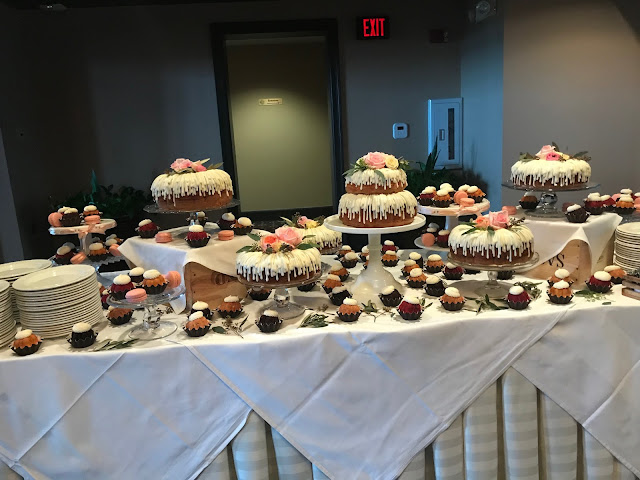 Rickster and the boys - Philip and Connor
with little Dorothy as photobomber, 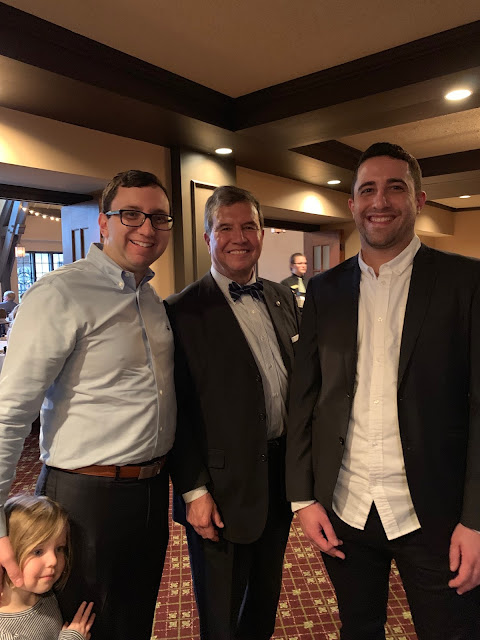 The happy couple spent their honeymoon in Hawaii!
Congrats to Mike and Amanda! 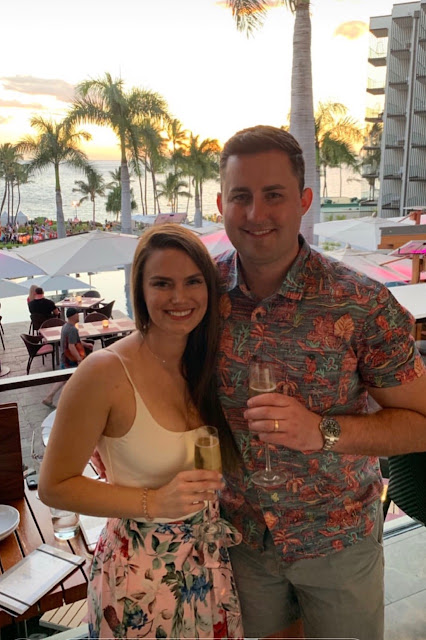 Special Events for the Littles

Oh my word -- we had such a busy
day last Saturday!

It was Walt's First Communion and
Gloria's baptism!
Later that day, we attended my nephew's wedding reception!
Three holy sacraments in one day - that's a record!

We started the morning at Walt's First Communion.
So special and wonderful to see so many
2nd graders and their parents celebrating!

Shortly after First Communion was finished,
Father Meysensburg (one of the priests/administrators from Pius X)
conducted Gloria's baptism!
She slept through the entire event!
Good job Gloria!
Philip and Catherine had a wonderful lunch
afterwards celebrating both big events!

Did you know there's a Landscaping Club
in high school?
So many club options these days - not
like in the dark ages when I was in high school
and the only club was Pep Club!

Maddie and I helped design a decal for
members to put in their car windows -
a trend that is very popular in high school . . .
at least around here!
Options 2 and 3 were available.
The Vice Principal nixed Option 1 -- I think
it reminded him of my wild and frizzy hair!
:)

Last week the club members pulled weeds in the courtyard area.
Spring cleanup of school grounds is scheduled in a few weeks.

At the club meeting the other day,
they learned how to make wrist corsages!
What a great talent and so useful with prom coming up soon! 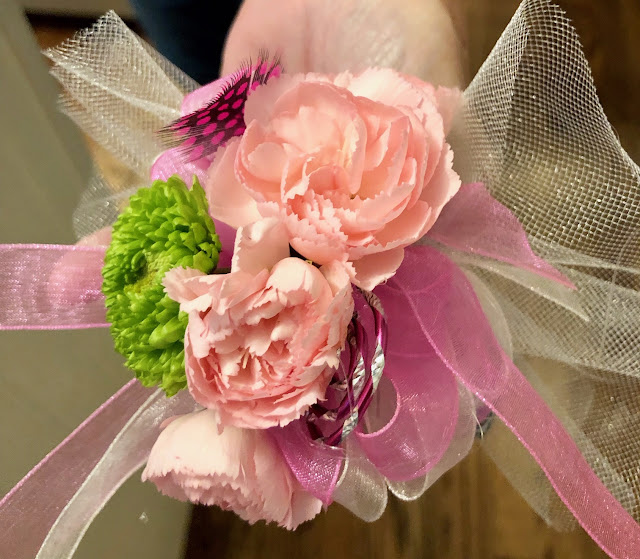 Speaking of landscaping, I've started spring cleanup in our yard!
OH MY WORD!!
The heavy snow this past winter really
hammered the yard!
Leaves are packed down deep
and very, very, very dirty!
There's a lot of work to do
but happily I finished most of the front yard.
Super happy to see so many signs of spring! 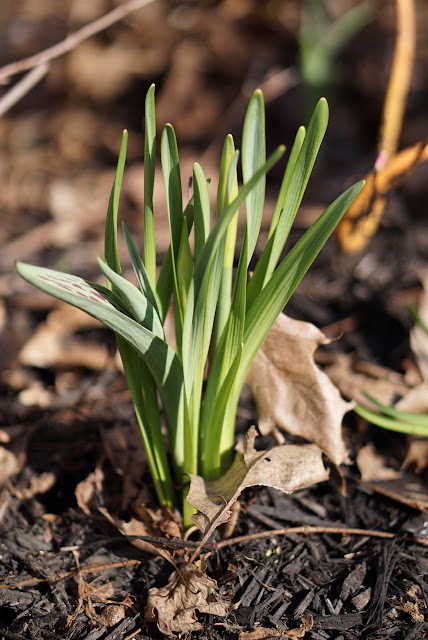 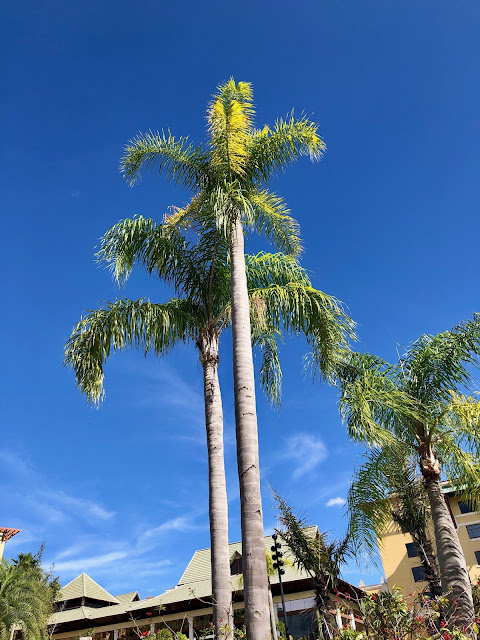 Wishing we had sunshine and palm trees in Nebraska - but
no such luck!
We'll take some sunshine and warm temps!
Happy April!!
Posted by Jboo at 1:52 PM 3 comments: