The final choir concert for the junior high at Cathedral
happened the other night!
It was so lovely!
Seriously, is there anything better that warms your heart and soul than hearing
junior high students singing and giving praise in Church? 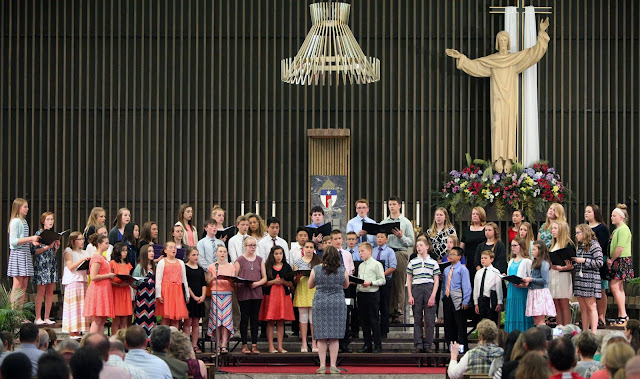 A number of parents attempted to video the
concert with the iPhones.
Mr. Tennis did a short portion, but then I quietly reminded
him that it's really distracting for others behind you.
Plus, you're not really enjoying the moment when you're trying to hold your iPhone steady!
Last year, a woman in front of me held up her iPad the entire
concert!  Looked to me like the best images she was getting
was of the bald guy in front of her! 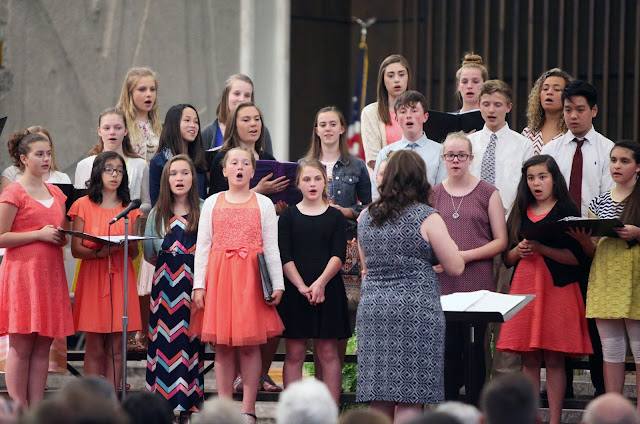 One of the really big things about the concert is that the students
do not have to wear their uniforms!
Yippee - -a chance to wear a dress for more than
one occasion!
But wait . . .
does anyone else have a difficult time finding appropriate
dresses for 14 year olds that are not dorky
and do not look too kiddish or too old ladyish?
Please, tell me I'm not alone!
Luckily, we have a found a couple that work
with a denim jacket (as they are too bare),
but Maddy and I are wondering . . .
where are the cute dresses for girls her age
that meet the criteria above?

So, now talk amongst yourselves and give me your advice!

A couple weeks ago
Maddy and I noticed that a bird had built its
nest hidden in one of the bushes near our front door.
Upon closer inspection,
we noticed 4 itty bitty blue
with black/brown speckled eggs! 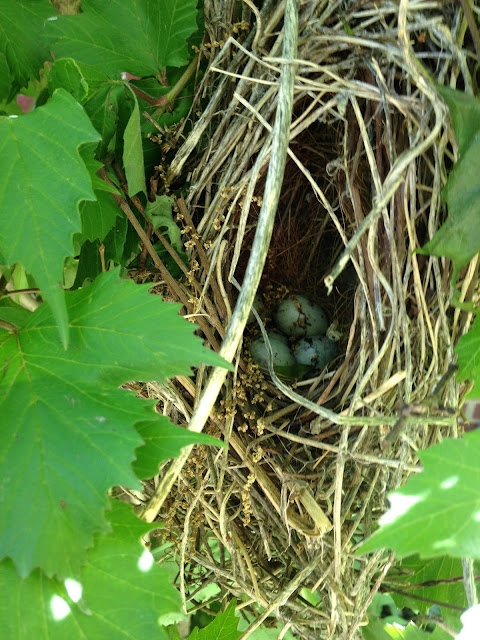 We were so excited and have been
eagerly checking on the nest daily.

But . . .
sad news to report.
We never saw a mother bird and believe that a
neighborhood cat must have done her in.
Plus, it's been very, very chilly here lately so
there is no way that the little birdy eggs
have been warm enough to develop. 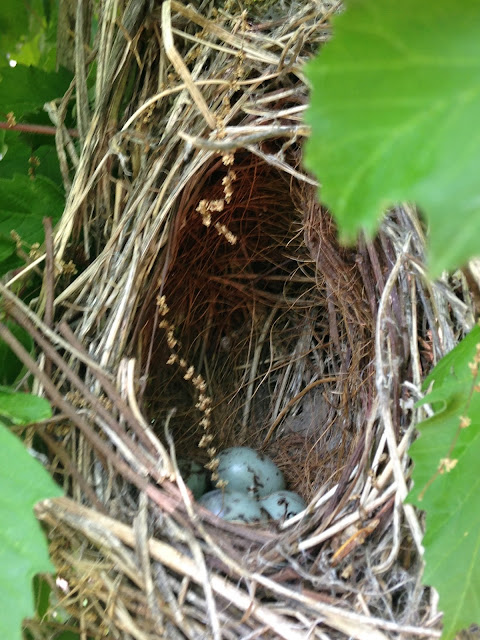 My newest little granddaughter, Miss Dorothy,
was baptized a couple weeks ago.
Miss Maddy was her Godmother!
What an honor! 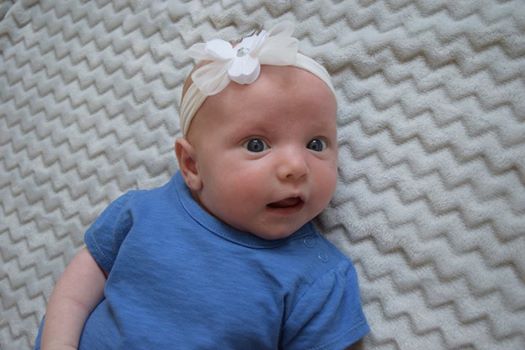 It was a really sweet Baptism and
Dorothy did fabulously.
She's such a pretty baby! 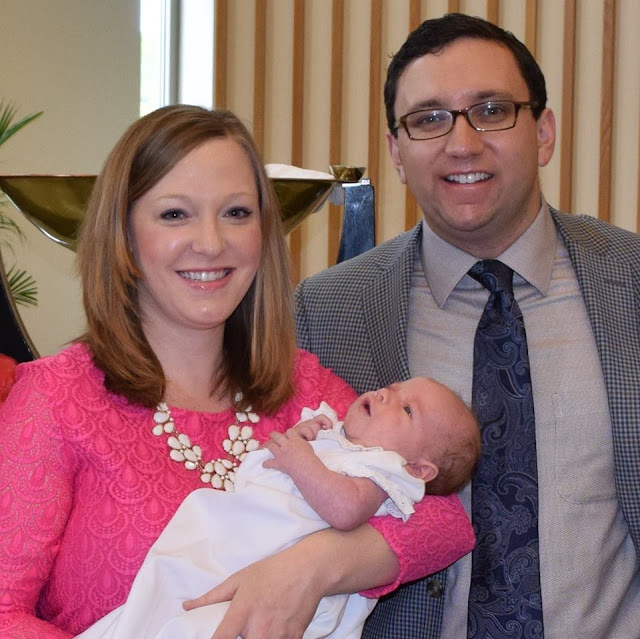 We love her so!

Sometimes a coach makes a huge difference in an athlete's life, abilities
and confidence.
We've been blessed to have the most amazing tumbling coach
for Maddy for the last year. 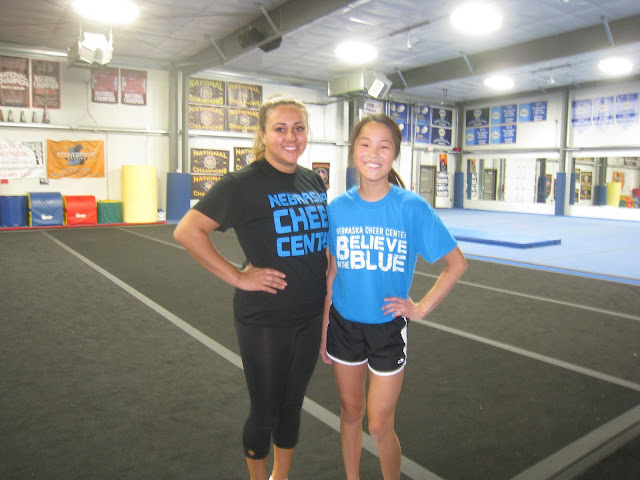 She worked with Maddy weekly and together they
perfected front walkovers, front flips, roundups and backflips.
These two worked and worked on getting the tumbling moves just right!

In addition, she helped Maddy develop confidence in her
own ability to master these tumbling milestones.
It may look easy peasy when gymnasts or cheerleaders
do a front or back flip -- but it takes a lot of physical
work, coordination and confidence. 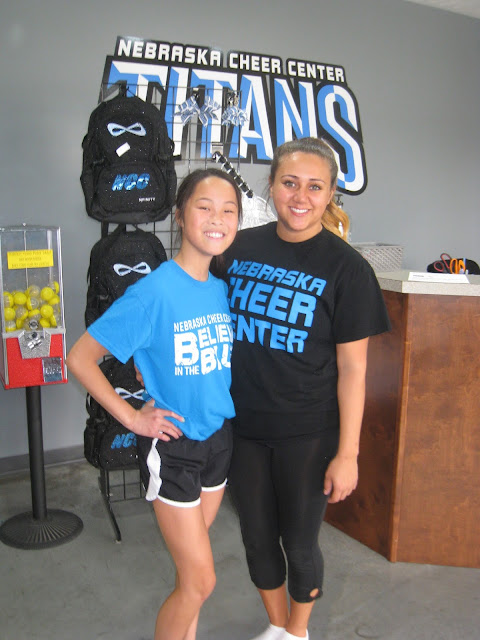 Maddy's coach just graduated from the University with
a 4.0 gradepoint for every year!
She managed that honors gradepoint while working almost full-time
with competitive cheer teams and also doing private lessons!
She already has a job teaching
3rd graders in Las Vegas -- her dream job!
Rachel has been such a wonderful and positive influence
to Maddy.  She helped her so much during
cheer tryouts and celebrated with her
when Maddy made the freshman team.
We said goodbye and good luck to Rachel last
week as she heads out of Nebraska -- yes - there were tears all around.
She will definitely be missed! 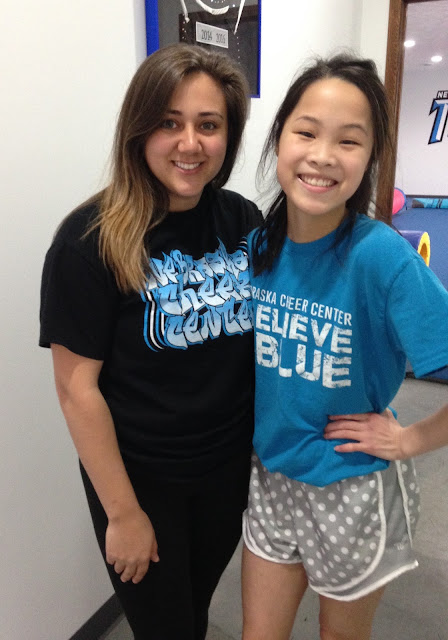 A few months ago, I received an email from Maddy's school principal!
No, she wasn't in trouble --
he wanted to nominate her
as an outstanding 8th grader to receive a Big Red Star
from the University of Nebraska-Lincoln. 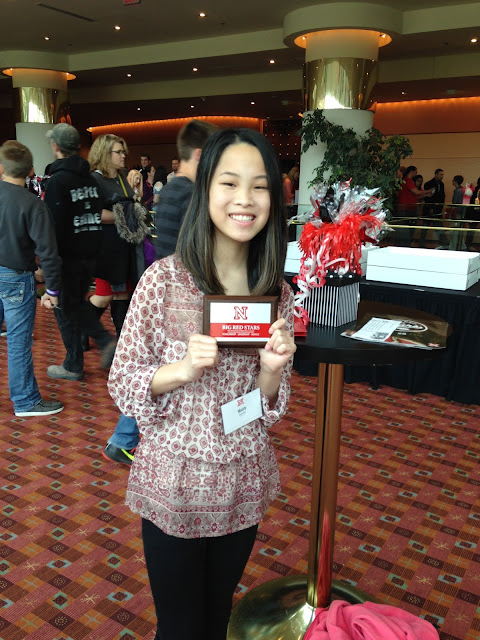 I gave him some details of her background including the sports, clubs
and volunteer work she has been involved in and he added
the academic information.
About a month ago, we received the news that she and
another student from her school were selected as outstanding 8th Graders! 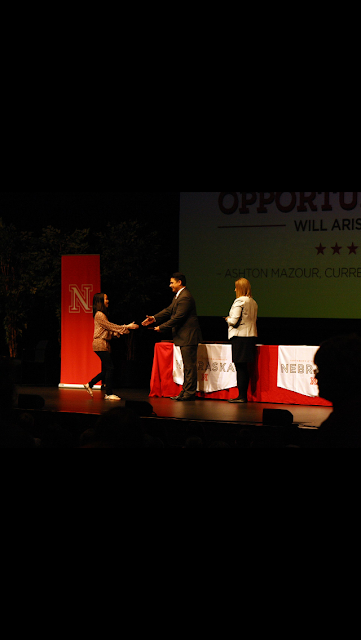 Last week we attended the Big Red Star awards ceremony
with about 320 students from all over the
State of Nebraska!
(We thought it was just a Lincoln event, but there were only
about 12 students from Lincoln and
the rest were from various cities around the state.)
There were presentations on getting ready for college and
what to think about and classes to take in high school to prepare.
The keynote speaker, Peter Ferguson, was funny and
kept every one's interest.
Near the end of Pete's address, he mentioned
how his daughter (who is a high school freshman)
constantly does the "teacup" pose with her friends and
he thinks it is SO odd!

Well, we saw him on the way to lunch
and what did he and Maddy do for their photo?
The teacup pose!  :)

It was really a super proud moment for us and Maddy.
I've always thought of her as an
outstanding 8th grader.
Posted by Jboo at 11:55 AM 8 comments: